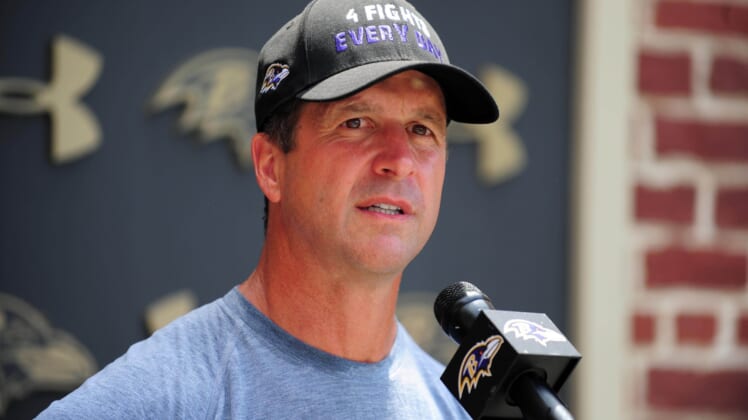 If the USC Trojans fire head football coach Clay Helton, as many expect and as the fan base clearly is pining for, then John Harbaugh is reportedly a top target to replace him.

On Sunday morning, Ian Rapoport of NFL Media reported that Harbaugh is among the program’s top three candidates, the other two being Jack Del Rio and Penn State head coach James Franklin.

If #USC fires coach Clay Helton, as those involved expect, one name is believed to be among their top 3 candidates: #Ravens coach John Harbaugh. He joins former #Raiders coach Jack Del Rio and #PSU coach James Franklin. … But would USC wait for an NFL coach to finish his season?

Harbaugh is certain on the hot seat at this time. His Ravens have missed the playoffs the past three years running, and they’re in danger of missing them again in 2018.

Franklin has attempted to brush off reports that he’d be interested in taking the USC job, but he also didn’t shoot them down, either.

Del Rio has been out of coaching since the Oakland Raiders fired him last season.