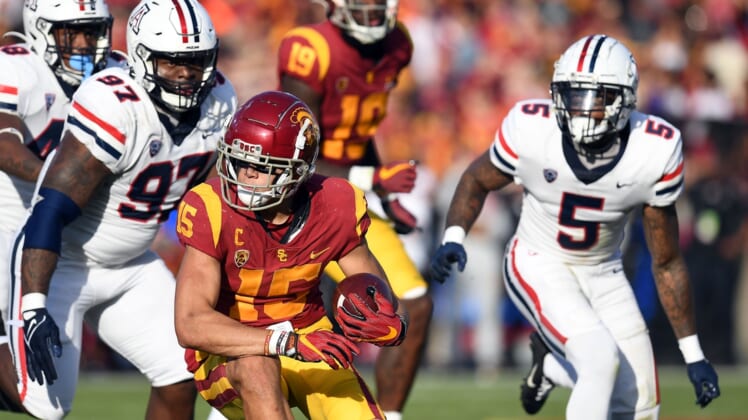 Southern California wide receiver Drake London, who entered the weekend ranked second nationally in receptions and receiving yards per game, was carted off the field Saturday with an injury to his lower right leg.

There was no immediate word on the severity of the injury.

London was injured while catching a 6-yard touchdown pass with 4:16 left in the second quarter for a 28-7 lead against visiting Arizona. Wildcats defensive back Christian Roland-Wallace fell on London’s right ankle while making the tackle in the end zone.

Medical personnel attended to London and put an air cast on his right leg before he was taken off the field on a cart.

London, the No. 4 NFL Draft prospect, according to the latest Big Board from ESPN, entered the game with 79 receptions for 1,003 yards in seven games. He had nine catches for 81 yards and two touchdowns in the first half against Arizona.

The 6-foot-5 junior is having a breakout season after catching a combined 72 passes in his first two years. 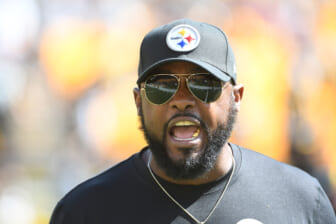 Also Read:
Mike Tomlin on being candidate for USC job: ‘That’s a joke to me’