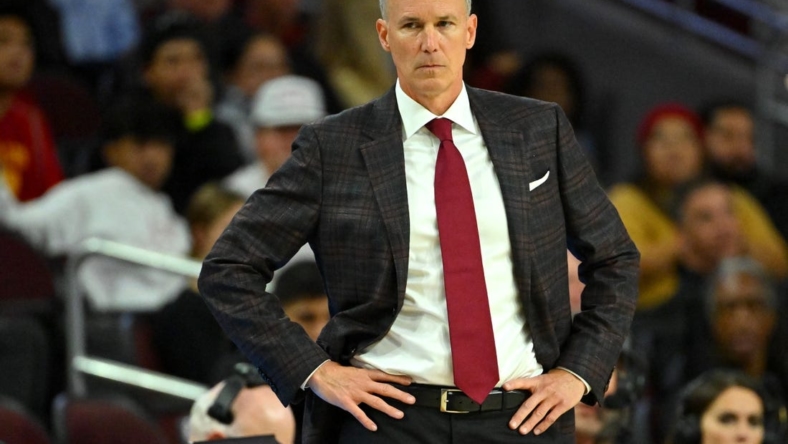 One game removed from struggling to score 61 points in a loss to Florida Gulf Coast, the Trojans (1-1) had no such issues on Thursday.

Peterson set the tone in the Trojans’ 48-point first half, shooting 3-of-3 from the floor and dishing out five assists. Peterson finished with six assists to match teammate Kobe Johnson for a game high.

Ellis also passed out four assists to contribute to USC posting its highest point total since scoring 98 against Utah Tech last Nov. 22. Thursday’s 38-point margin of victory was USC’s highest since a 40-point rout of Cal State Northridge to open 2021-22.

Five Trojans scored in double-figures: Josh Morgan finished with 11 points on 5-of-7 shooting from the floor, and Reese Dixon-Waters added 13 points, aided by 3-of-4 shooting from 3-point range.

Alabama State (0-2) won the battle of points off the bench, however, outscoring the Trojans 35-29. Duane Posey led the Hornets with 12 points, while fellow reserve Christian McCray added 10 points on 5-of-6 from the floor.

It was an otherwise dismal offensive night for Alabama State, which shot just 22-of-66 from the field — including 5-of-20 from 3-point range, 2-of-10 in the second half — and committed 20 turnovers.

The USC lead expanded to as many as 46 points late in the second half.