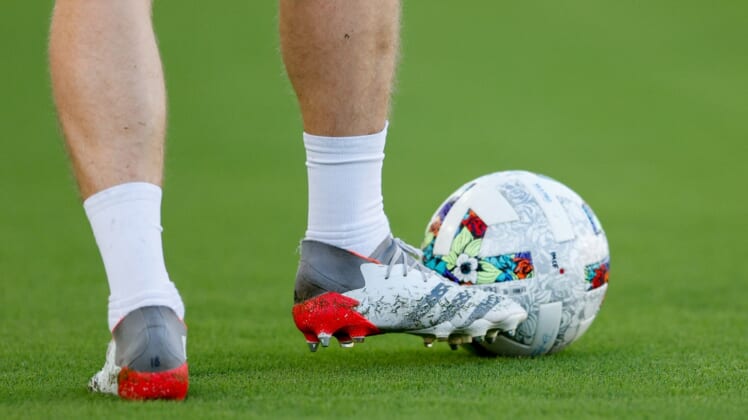 The U.S. men’s national team inched closer to qualifying for the 2022 World Cup after a 0-0 tie with Mexico in Mexico City on Thursday in a CONCACAF World Cup qualifier.

The U.S. and Mexico each have 22 points through 12 of 14 matches, but the Americans are second based on a better goal difference (plus-9 vs. plus-6).

Canada, which lost to Costa Rica on Thursday, leads the qualifying with 25 points.

Panama (18 points) tied visiting Honduras 1-1 on Thursday, meaning a U.S. win against the Panamanians in Orlando, Fla., on Sunday would assure the Americans of finishing no worse than fourth.

The top three countries qualify for the 32-nation World Cup in Qatar in November. The fourth-place CONCACAF team advances to a playoff in June against the Oceania champion, likely New Zealand.

The story of the first half Thursday was Mexican goalie Guillermo Ochoa making two saves to keep the match scoreless.

In the 14th minute, he got a hand on a shot by Yunus Musah that was targeted for the bottom right corner.

Christian Pulisic was foiled in the 35th after taking a cross by Tim Weah from the left flank. Pulisic was alone at the 6-yard box, but his shot right at Ochoa was saved.

The U.S. blew another opportunity in the 72nd minute when Jordan Pefok had a clear shot but shanked his attempt to the right.

Eight minutes later, Mexico’s Hirving Lozano sent a shot from the right side of the box high and left of the goal.

Ochoa made four saves while Zack Steffen stopped two shots for the Americans.

Mexican officials, citing crowd control, limited capacity at the 87,000-capacity at Estadio Azteca to about 50,000 fans.

Weah and defender DeAndre Yedlin are suspended for the Panama match because of yellow card accumulations after receiving cautions.