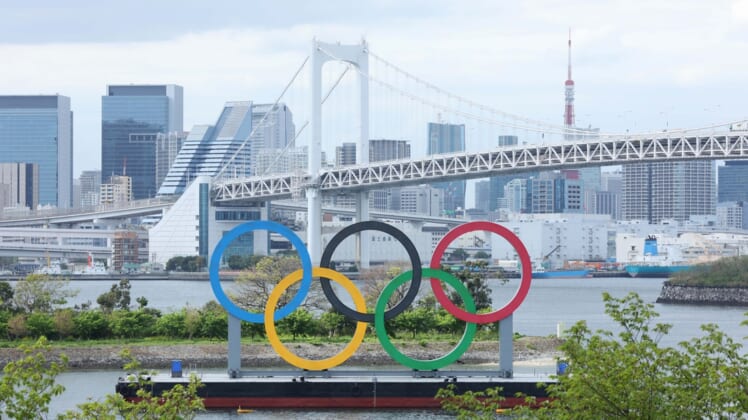 Team USA clinched a berth in the Tokyo Olympics with a 4-2 win Saturday night against Venezuela in Port St. Lucie, Fla.

The team, a mix of major league free agents and notable prospects managed by Mike Scioscia, finished 4-0 to win the Americas qualifying tournament. The U.S. will compete against host Japan, Israel, Mexico and South Korea in the Summer Games from July 28-Aug. 7 in Fukushima and Yokohama.

Venezuela advanced to the final qualifying tournament held in Puebla, Mexico, from June 22-26 and also features teams from Australia, the Dominican Republic, the Netherlands and Taiwan. The winner will go to Tokyo.

Two-time All-Star Todd Frazier had four hits for the U.S. on Saturday night, including a home run, and two RBIs. Edwin Jackson earned the win and David Robertson picked up the save.

The U.S. also defeated Canada, Nicaragua and the Dominican Republic during the qualifier.

“It has been our goal from the moment baseball returned to the Olympic Program to qualify for Tokyo 2020. I am incredibly proud of this group for coming together under the tremendous leadership of Mike Scioscia and his staff and securing the United States’ spot in the Olympic Games,” USA Baseball Executive Director/CEO Paul Seiler said. “We knew this was not going to be an easy road; however, this squad personified the unyielding American spirit with grit and resilience in this tournament. We are thrilled for them, we celebrate their achievement, and we look forward to representing Team USA in the Olympic Games.”

The USA Baseball roster, with the parent clubs of the minor league players in parentheses: