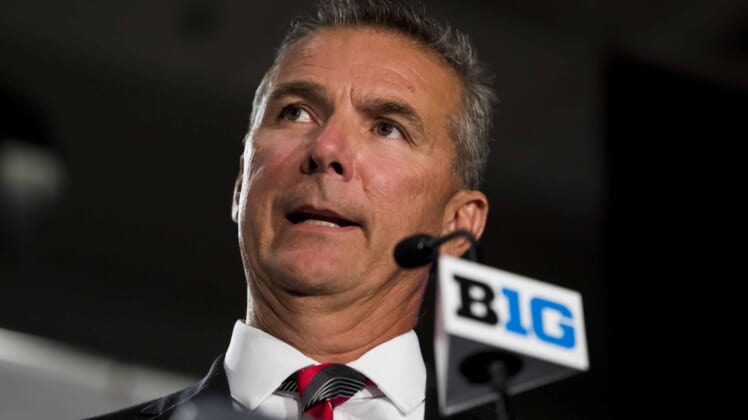 Urban Meyer stepped down from his elite gig as the head coach of the Ohio State football program just a few months ago. But just like we saw at that time, even now he’s not completely ready to say he’s all the way done with coaching.

A man whose name continues to come up whenever any marquee head coaching position in college football crops up, Meyer seems to be leaving himself open to the idea he could make a return.

Speaking about his life outside of coaching, Meyer responded to the question of whether he is done: “I learned my lesson long ago,” Meyer said, per the Columbus Dispatch. “All I’m going to say is I believe I’m done (coaching). I think I’m done.”

Done, like how Jason Witten was supposedly done? Based on the fact that Meyer refuses to give anyone a hard “no” on the question of whether he is really done with coaching, that sounds about right.