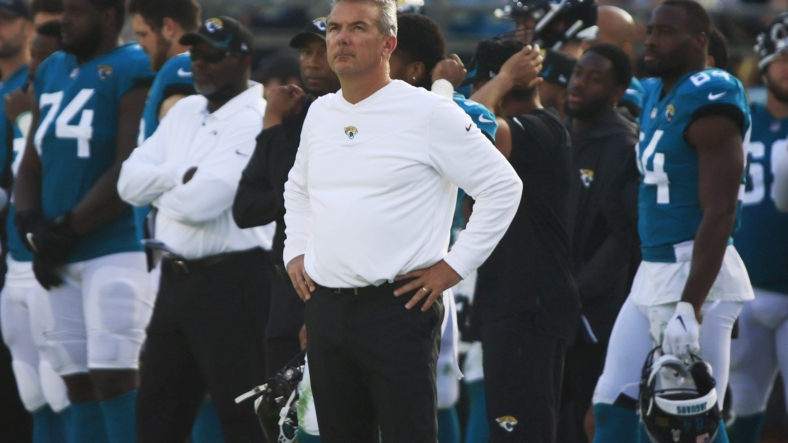 Any time there’s a head coaching vacancy, expect to hear Urban Meyer’s name linked to the job. As a three-time College Football National Championship winner as a head coach, Meyer remains one of the most qualified options available.

Only, according to Pete Thamel of ESPN, the 58-year-old coach from Toledo isn’t actually available. Moreso, the coach has reportedly not had any contact with the Nebraska Cornhuskers. In fact, Meyer apparently wishes to stick in his current role as a weekend analyst with Fox Sports, where he gets to cover college football every Saturday, instead of leading a team onto the field as they try and take down their next opponent. In other words, Meyer will not be pursuing any other coaching opportunities at this time.

On Saturday, with the Fox Sports college football broadcast crew in Lincoln, Nebraska, ahead of their matchup with the Oklahoma Sooners, naturally, the idea of Meyer taking over for the now-fired Scott Frost started a frenzy. From fans loudly chanting for Meyer to signs in the stands openly calling for Nebraska to hire the former Ohio State and Florida head coach.

Urban Meyer may not coach again

Either way, all of their efforts have gone ignored by Meyer, he seems prepared to stay right where he is. After dealing with health issues in his previous stops as head coach of a successful college football program, maybe it’s best for Meyer to take some time off, working in a much less stressful environment.

After all, his last coaching adventure, taking on the NFL with the Jacksonville Jaguars didn’t go so well. But the NFL is a much different animal than coaching college athletes who still need to prove themselves.

No one truly knows what the future holds for Meyer, but for now, he seems quite content right where he is.