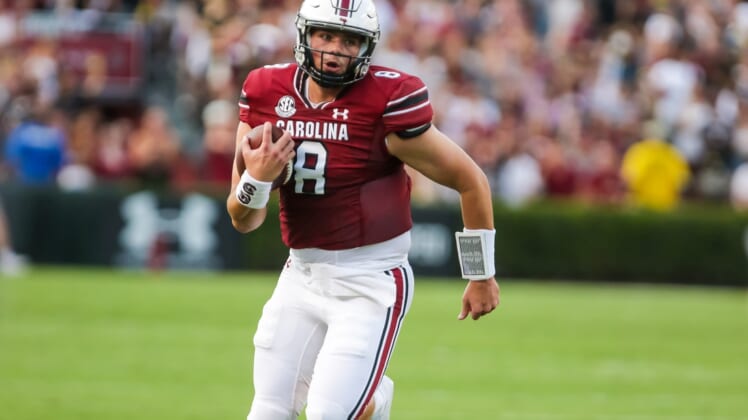 No. 2 Georgia opens Southeastern Conference play Saturday with South Carolina visiting Athens, Ga., and the Bulldogs are shooting for a 3-0 start for the seventh consecutive season.

Georgia also has a chance to keep its opponent from scoring an offensive touchdown for the third consecutive game.

The Bulldogs are coming off a 56-7 victory over Alabama-Birmingham in which quarterback Stetson Bennett tied a school record with five touchdown passes — all in the first half — and the defense held the Blazers to just 174 yards. Alabama-Birmingham scored on an interception return for a touchdown when trailing 56-0.

The Bulldogs held then-No. 3 Clemson to just three points and 180 yards in a season-opening 10-3 win.

Bennett started against UAB in place of JT Daniels, who was out with a strained oblique.

Daniels’ status is unclear and the Bulldogs haven’t named a starter. 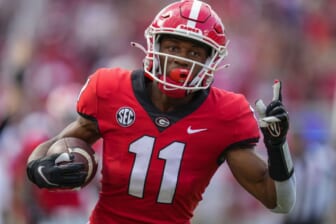 Whoever starts at quarterback has plenty of targets.

“(Georgia’s) really, really, really, really good,” South Carolina coach Shane Beamer told The Atlanta Journal-Constitution. “… I know how talented they are. And I know how (Georgia coach Kirby Smart) runs that program. No one in that facility is ever allowed to get comfortable, meaning coaches and players. They’re not sitting around patting themselves on the back about their 2-0 start and what they’ve done. They’re in there doing everything in their power to get better this week. That’s why they’re consistently good.”

Gamecocks quarterback Zeb Noland — a grad assistant who is playing for his third school and opened the season as an assistant coach — went 13-of-24 passing for 189 yards with a touchdown pass and an interception against the Pirates.

Josh Vann caught five passes for a game-high 91 yards, Damani Staley scored on an interception and Darius Rush picked off a pass for the Gamecocks, who rallied from a 14-0 deficit.

Noland has replaced Luke Doty, who has been sidelined with an injured foot. Doty might be available against Georgia, which opened as a 32-point favorite over the Gamecocks.

Smart is preparing for Noland, who grew up just outside of Athens, and Doty, who went 18-for-22 passing for 190 yards with a touchdown and an interception in Georgia’s 45-16 victory over the Gamecocks last year in Columbia, S.C.

“Zeb Noland has done a great job,” Smart told reporters. “I watched his first two games and it was unique. He played really well and I said, ‘This is a (graduate assistant) who is at quarterback, playing winning football and making good decisions.'” 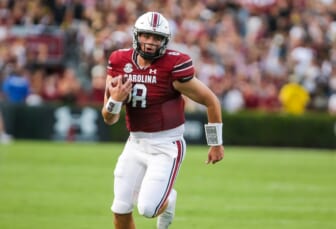 The last time South Carolina visited Athens, the Gamecocks were unranked and a 21-point underdog in 2019. They knocked off the then-No. 3 Bulldogs, 20-17 in double overtime, ending the Bulldogs’ four-game winning streak in the series.

Beamer and Smart know each other well. Beamer coached the Bulldogs’ tight ends and special teams under Smart from 2016-2017. Beamer joined Lincoln Riley’s staff at Oklahoma as assistant head coach in 2018, where he stayed until taking the head job with the Gamecocks.

Beamer replaced Will Muschamp, who now coaches Georgia’s special teams after he was fired as South Carolina’s head coach after a 2-5 start last year.