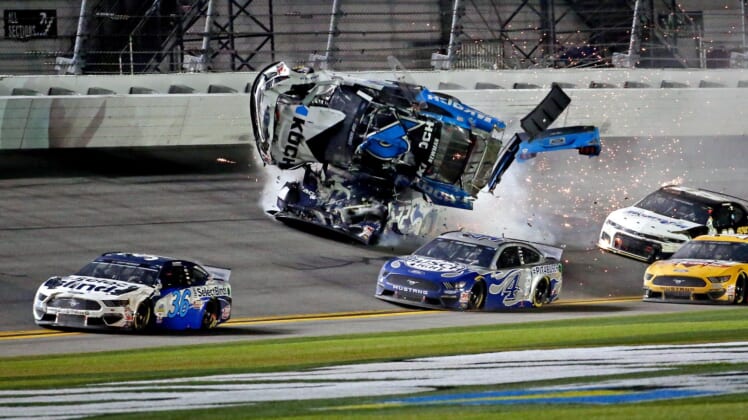 NASCAR and the larger sports world was on pins and needles Monday night after veteran driver Ryan Newman was involved in one of the ugliest accidents we have ever seen.

It came on the final turn of the final lap of the Daytona 500 with Newman leading his competition. He crashed into the wall and flipped before being hit by another car on the driver side. Ultimately, Newman’s car was seen on fire.

As Newman was pulled from the vehicle, the scene from Daytona International Speedway was somber.

Later in the evening, updates came indicating that Newman was in serious condition with non life-threatening injuries.

We now have better news on this front. Roush Fenway released a statement Tuesday afternoon indicating that Newman was awake and speaking to both doctors and his family at Halifax Medical Center in Daytona Beach.

Given the severity of the crash, we could not ask for better news on this front. For many, it brought back memories of the accident that killed NASCAR legend Dale Earnhardt at the same Daytona 500 race back in 2001.

This is tremendous news.