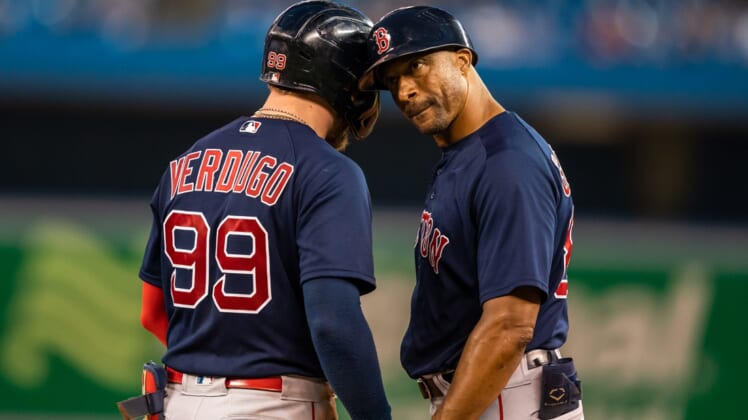 Boston Red Sox first base coach Tom Goodwin won’t be on the field for the rest of the season because he remains unvaccinated at a time Major League Baseball is implementing a postseason policy prohibiting managers, coaches and staffers from being on the field unless they are vaccinated.

Goodwin wasn’t at his usual spot near first base for Tuesday’s game against the Baltimore Orioles. He was replaced by quality control coach Ramon Vazquez.

Goodwin’s situation led to the switch now so Boston could give Vazquez the opportunity to become comfortable as first base coach, manager Alex Cora told reporters Wednesday.

When Red Sox bench coach Will Venable tested positive in Toronto in August and had to quarantine in Canada, Goodwin also remained in Toronto as a close contact.

The 53-year-old Goodwin is in his fourth season on the staff of the Red Sox. He also was on the New York Mets’ staff from 2012-17.