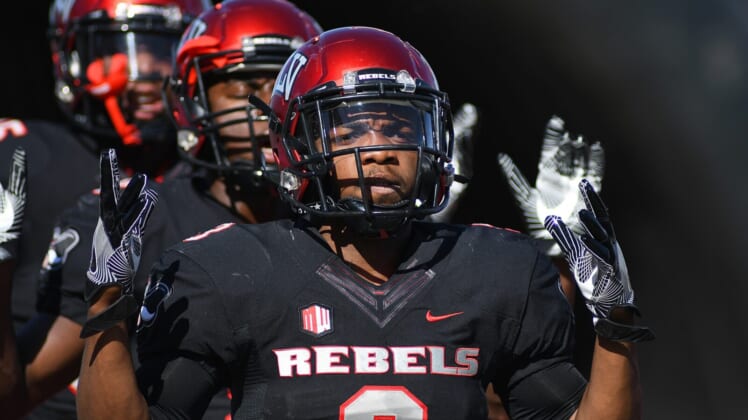 While the plan still needs vetting and approval by the Nevada Board of Regents, the Raiders and UNLV have reached a proposed agreement in principle on a lease for the new stadium in Las Vegas.

One of the final hurdles for the Las Vegas Stadium project to move forward without any delay is a lease agreement with UNLV on its use of the Raiders news stadium in Las Vegas, appears to be cleared as the team and representatives of the university have reached an agreement on a lease.

The draft agreement will be discussed, but not voted on, at the Board of Regents special meeting next week in Las Vegas.

Big day for Las Vegas. Excited to share our new home with the #LasVegasRaiders! pic.twitter.com/4IAKAickYN

Here are some highlights based on the summary released today, and the Las Vegas Raiders Report will discuss this, and the entire document, in the coming days.

There are other details we will go over during future podcasts and stories in this space.

In the meantime, this is a great sign for both sides. There’s no question the Raiders and UNLV are forging a good and mutually beneficial relationship during the first phases of the stadium project.

We’ll be at the meeting next week and will bring you the latest news on the UNLV lease proposal with the Raiders.