University of Florida will discontinue use of controversial ‘Gator Bait’ chant 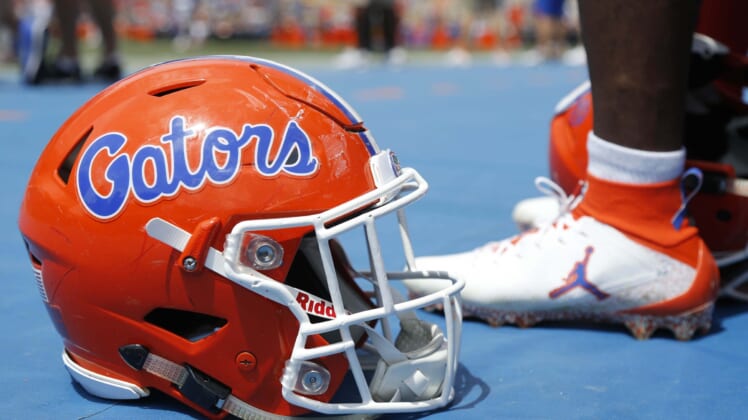 The University of Florida announced it will discontinue the use of its controversial “gator bait” chant at sporting events, as part of sweeping changes the university is making to address racism and inequity on campus.

On Thursday, the University of Florida’s President Kent Fuchs released a statement outlining sweeping changes the campus would be making to address racism. Among them, eliminating the use of the chant that has been seen on merchandise and chanted by Florida’s fans for years.

“While I know of no evidence of racism associated with our “Gator Bait” cheer at UF sporting events, there is horrific historic racist imagery associated with the phrase,” Fuchs said, via statement. “Accordingly University Athletics and the Gator Band will discontinue the use of the cheer.”

While the university has used the term to refer to their opponents and rival fans, the phrase itself carries its own history. As detailed by former NFL player Dominique Foxworth, the term has been used against the black communities in US history.

In addition to the ending of the phrase, the University of Florida also committed itself to removing any monuments or namings under its control that honor the Confederacy or Confederate leaders.

The decision follows a similar move by Clemson University, which removed the name of a pro-slavery politician from its honors college after multiple current and former football players demanded change.