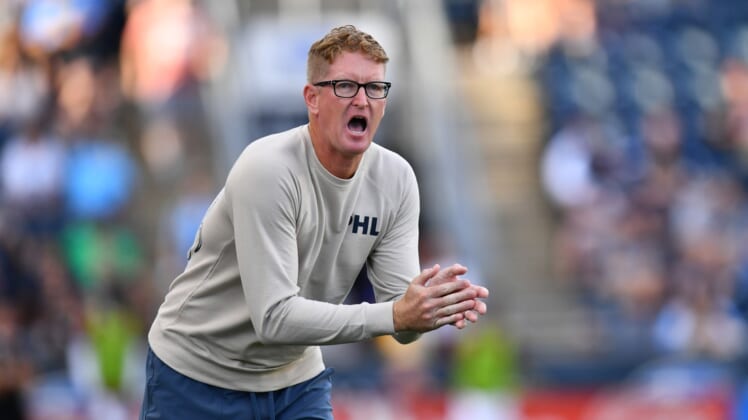 The Philadelphia Union will look to extend their unbeaten streak to open the season when they host the San Jose Earthquakes on Saturday.

The Union opened the season with a 1-all tie against Minnesota United and followed with a 2-1 road victory last Saturday against CF Montreal.

Philadelphia’s win was impressive considering it played with 10 men from the final 19 minutes plus stoppage time. Alejandro Bedoya and Daniel Gazdag each scored one goal before the 71st-minute red card to Julian Carranza.

“It’s really important for me to score at the beginning of the season in the second game,” Gazdag said. “It was important. It gave me self-confidence for the future, so it was an important goal.”

Union head coach Jim Curtin is looking to become the 13th coach in league history to accumulate 100 victories and the ninth to do it with one club.

The Earthquakes fell 3-1 to the New York Red Bulls to open their season and then tied the Columbus Crew 3-all, with both matches at home. Defense has been an issue with six goals allowed, tied with FC Cincinnati for the most in the league.

Francisco Calvo was a bright spot in the recent draw as he scored two goals for the Earthquakes, including the tying goal in the sixth minute of stoppage time to earn the much-needed point.

Calvo is a defender on Costa Rica’s national team.

“This is not just about Francisco Calvo, this is about the San Jose Earthquakes,” Calvo said. “I’m happy about the two goals for sure, but I need to talk about the effort of the team. Being down 3-1 and tying the game is amazing.”

The struggling Earthquakes (0-1-1, 1 point) tweaked their roster in the offseason and could be in for more changes if progress isn’t made under head coach Matias Almeyda, who is in the final year of a four-year deal.

“This is the fourth year that I’m given the chance to coach at this club and this league, which I’m thankful for,” Almeyda said. “I live day by day. I can’t avoid that there’s people that try to sign us as a coaching staff. I was very clear at the end of last season with both the owner and our GM, and I was very clear with them at the beginning of this season as well.

But I live day-to-day, and I always try to give it my max.”