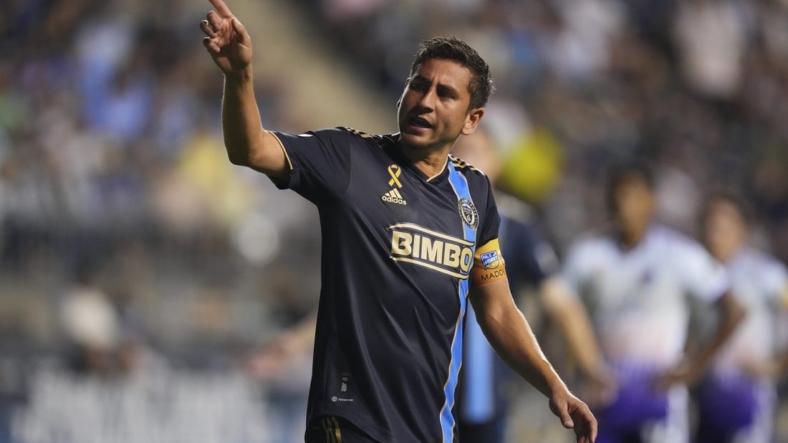 The Philadelphia Union and midfielder Alejandro Bedoya agreed on a one-year contract for the 2023 season.

Bedoya, 35, joined the Union in 2016 as a designated player after playing in Europe.

“Alejandro embodies the spirit and passion of this team and this city. His mentality and leadership have had a major impact on the young core that has been so successful for us these past few seasons, and right now he’s having one of his best seasons in MLS,” Union sporting director Ernst Tanner said in a news release Thursday. “He’s a leader in our locker room and our community, and it was important to ensure he returns next year as we look to continue competing for trophies in MLS and international competitions.”

This season, Bedoya has six goals and six assists in 29 games. The team captain, he is one of just three players in club history to have both 20 goals and 20 assists in a Union uniform.

The Union (18-4-10, 64 points) have the best record in the Eastern Conference and have sewn up an MLS playoff berth.

Bedoya is a former member of the U.S. Men’s National Team and has 66 caps.