Union rally in second half, defeat NYCFC to advance to MLS Cup 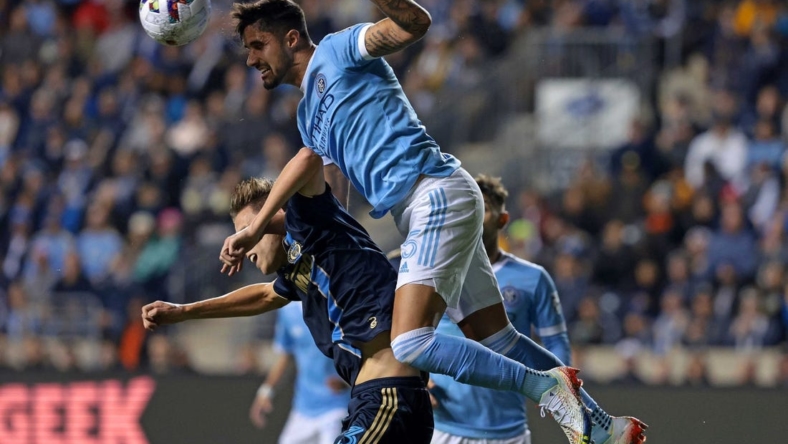 Julian Carranza scored the first goal and assisted the second two minutes apart, and the Philadelphia Union booked a spot in their first MLS Cup by rallying from an early second-half deficit to a 3-1 victory over the visiting New York City FC in Sunday’s Eastern Conference Final.

Daniel Gazdag and Cory Burke also scored for the top-seeded Union (19-5-10, 67 points), who avenged a 2-1 defeat to NYCFC in last year’s East final, in which Philadelphia played without 11 players because of a cluster of COVID-19 cases.

Jakob Glesnes and Jack McGlynn also provided assists for the Union, who have won 11 in a row at home including their two playoff games, and have won all three meetings against defending MLS Cup winners NYCFC (16-11-7, 55 points) since last year’s East final.

Philadelphia will have to travel to face Los Angeles Football Club in the MLS Cup final next Saturday night since LAFC secured the higher seed via the first tiebreaker of more regular season wins.

Maxi Moralez gave No. 3 seed NYCFC the lead in the 57th minute and sparked the game to life after it had featured more physical altercations than legitimate scoring chances to that point.

Alex Callens nearly doubled the advantage only a couple minutes later, with a header that forced Philadelphia goalkeeper Andre Blake into easily his best save of the night.

Carranza then leveled the match in the 65th minute on a defensive lapse that turned the tide of the whole evening, when he somehow snuck out of surveillance of the NYCFC defense, running onto Glesnes’ simple throughball and slotting the ball past Sean Johnson.

He was again involved two minutes later to give the home side the lead and send a sell-out crowd into rapture when he reached McGlynn’s long diagonal ball and sent it back across the box.

Gazdag met it in strike and pounded a half-volley that left Johnson little chance.

Burke sealed the game with a bullish individual effort, taking a pass at midfield, fending off a couple physical challenges and, after a failed clearance from an NYCFC defender, hammering home the tally from close range.