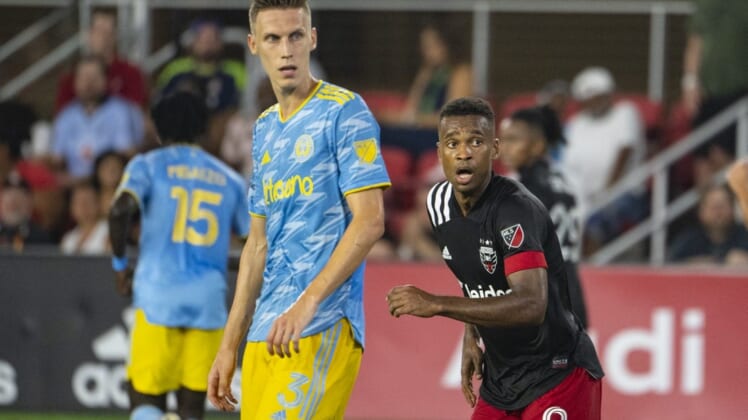 D.C. United are fresh off a season-best splurge for goals and the visitors look to keep the attack moving against the stingy Philadelphia Union on Friday night at Chester, Pa.

Philadelphia (7-2-9, 30 points) has allowed a league-low 13 goals and star goalie Andre Blake is tied for second in the MLS with seven shutouts.

D.C. United (5-9-2, 17 points) recorded a 5-3 road victory over Orlando City on Monday and Taxi Fountas led the way with a hat trick. The three goals raised his season tally to nine in just 10 games.

Fountas is tied for fourth in the league in goals after scoring four in the past two matches.

Kimarni Smith and Nigel Robertha also had goals against Orlando City to end a six-match winless drought (0-4-2) for D.C. United.

“I feel like this will definitely give us momentum to go into the next game,” Smith said. “We’re gonna go in for the next game with a more positive mindset and more of a killer instinct.”

Meanwhile, the Philadelphia offense was in a deep slumber during a scoreless draw against the host Columbus Crew on Sunday.

The Union were outshot 16-4 and managed just two shots on goals while Columbus controlled the ball 64.8 percent of the time.

“We didn’t create enough of the chances we want to create,” Philadelphia’s Mikael Uhre said afterward.

Blake prevented a setback by making a diving save on a penalty kick to thwart Columbus’ Pedro Santos in the 19th minute. The clean sheet was his 57th for the Union.