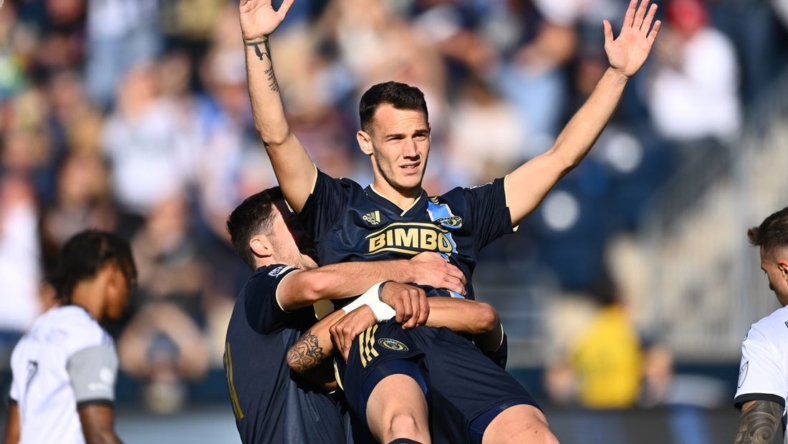 NYCFC defeated Philadelphia in the conference final last year 2-1 on the way to winning their first MLS Cup title. But the Union were without 11 players — including six starters — due to a cluster of COVID-19 cases within their squad.

The top-seeded Union have yet to lose at home since that game, posting a 12-0-5 regular-season record and defeating NYCFC 2-1 in the regular season on June 26. The victory began a still-active 10-game home winning streak, including a 1-0 conference semifinal victory over FC Cincinnati on Oct. 21.

“There’s a lot of different narratives that people like to talk about, but we know they’re a good opponent, last year is last year, and this is a new opportunity for us,” said Philadelphia manager Jim Curtin. “I’ll never move on from it, because it still happened and it’s still a part of our history, and it’s part of the Philadelphia lore, but I’m a big believer that if you work hard, good things will happen to you, and we’re back in the same spot now.”

The Union now have two critical attackers that weren’t in the fold in 2021: Julian Carranza and Mikael Uhre. The duo has combined for 27 goals behind team-leader Daniel Gazdag’s 22.

Third-seeded NYCFC have moved on from their most productive player from their title run, striker Valentin Castellanos. The Argentine won the 2021 MLS Golden Boot, added three more goals in last season’s playoffs. He finished 2022 as NYCFC’s leading scorer with 13 goals despite making a move for Girona in Spain’s top flight in the summer.

NYCFC have compensated by committee. Gabriel Pereira and Heber have eight regular-season goals each, and Talles Magno has seven. Heber and Maxi Moralez have also scored twice in the postseason.

“It’s unfortunate for us in this game,” Cushing said of the injuries. “But one more day and we have a terrific medical team here and until they tell me they’re out I’m still considering them. We’ve had a chance to practice with all of the guys we have this week.”