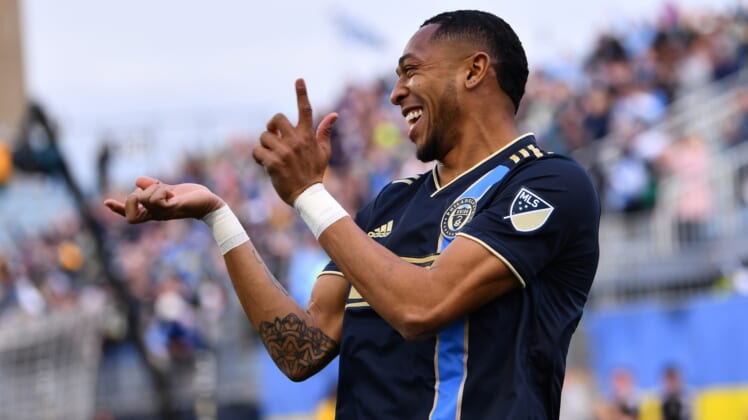 An early own goal by Columbus goalkeeper Eloy Room helped Philadelphia to a 1-0 win and a Union-record fifth straight win in a match at Chester, Pa.

Room made five saves but it was his misplay in the second minute for the Crew (2-2-2, 8 points) that allowed the Union (5-0-1, 16 points) to remain atop the Eastern Conference.

The Union broke their mark of four consecutive wins in the 2017 and 2018 seasons.

Andre Blake made four saves for his fourth straight shutout.

The Crew has not won in the past seven matches (six losses) at Philadelphia and been shutout in the past six. The Union became the fourth MLS team to record six straight home shutouts against an opponent.

Room attempted to grab a from the right flank by Jose Martinez. Room reached above his head to grab the ball but it slipped out of hands and rolled across the line.

He got some redemption when he made a tough save on Dániel Gazdag in the 23rd minute. Julian Carranza had the initial shot that was blacked but the ball spun to Gazdag for an open look but Room came off the line to deny him.

Gazdag had a breakaway in the 81st minute but Room again made a point-blink save. Gazdag failed to score in a club-record fifth straight match.

The Crew didn’t generate a threat in the first half but in the 50th minute Yaw Yeboah tried to sneak one by Blake at the right post but was denied.

In the 63rd minute, the Crew failed on another golden opportunity when the ball fell to an open Steven Moreira in the middle of the box but he sent his attempt over the bar and into the stands.

On April 16, the Union plays at Toronto FC while the Crew hosts Orlando City.