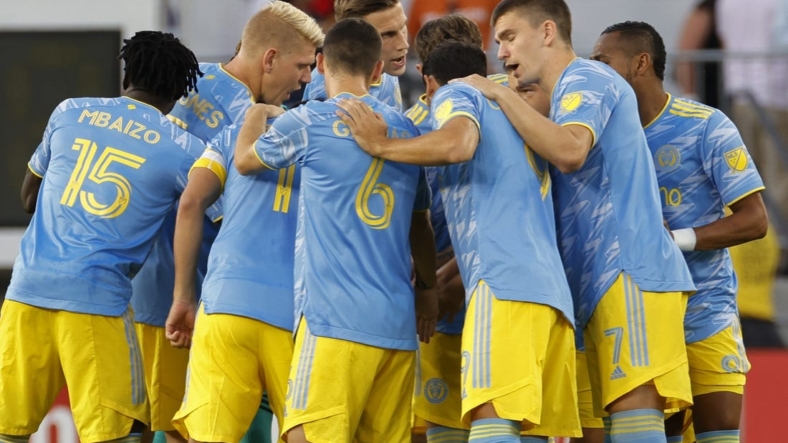 The explosive Philadelphia Union look to strengthen their hold on the top of the Eastern Conference standings when they host the Colorado Rapids on Saturday in Chester, Pa.

It is the first time the teams have faced each other since May 2019. The Union are just 2-4-6 in 12 all-time meetings against Colorado, with one of those victories coming in the seven matches at home.

The Union (14-4-9, 51 points) lead the Eastern Conference by five points over CF Montreal. They are second to Los Angeles FC in the race for the Supporters’ Shield with seven matches to play.

Philadelphia has won three of its past five matches, including a lopsided 6-0 rout versus D.C. United last Saturday. Julian Carranza scored three second-half goals in the win to mark the second time this season he posted a hat trick against the club’s regional rival.

Mikkel Uhre, Daniel Gazdag and Cory Burke also scored a goal for the Union, who outscored D.C. United by a 13-0 margin this season.

Philadelphia has scored at least six goals in a game on three occasions in its past nine outings.

“You’ve seen the floodgates certainly open now, and we’ve stayed strong defensively,” Union coach Jim Curtin said. “As we get to the real part of the season and the important games, I like where this group is at, and I like where we can go.”

The Rapids (8-10-8, 32 points) are in 11th place in the Western Conference entering the weekend. They are in a scrum of seven teams separated by just six points in the race for the final three conference playoff spots.

Colorado heads to Philadelphia on the heels of a 1-1 draw at home against Houston last Saturday. The Rapids conceded the equalizer nearly five minutes into second-half stoppage time.

“The fact of the matter is we’ve shot ourselves several times in the foot this year, and if we keep doing that then our season’s going to be really short,” Colorado coach Robin Fraser said. “There are things that need to be better, period. It’s about what we have to do as a team. Each person has to take their responsibility and really grab it.”

Lalas Abubakar had the Rapids’ lone goal, his fourth of the season. That equals his total output in 87 appearances from 2018-21 with the Columbus Crew and Rapids.

Saturday’s meeting in Philadelphia is the first of a three-game road trip against Eastern Conference teams for Colorado, which is 1-8-3 away from home this season.