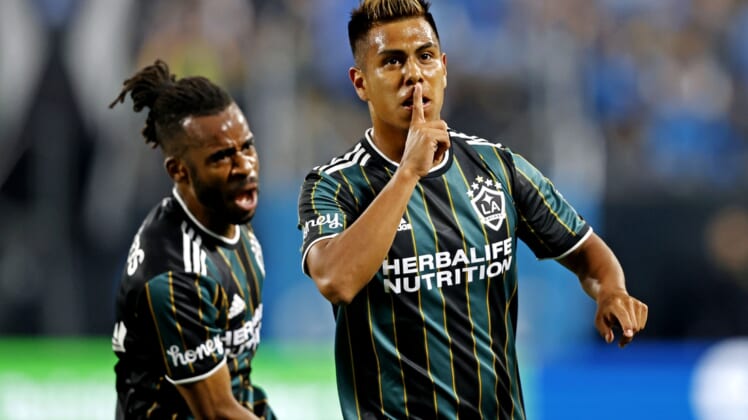 The Los Angeles Galaxy have opened the MLS season with a pair of 1-0 victories.

The Seattle Sounders have started the regular season two 1-0 defeats.

Will those trends continue when the Western Conference rivals meet for the first time in 2022 on Saturday afternoon at Seattle?

Galaxy goalkeeper Jonathan Bond cautioned it’s too early to consider Los Angeles a defensive juggernaut, especially after last season when that side of the field was a team weakness.

“We’ve kept two clean sheets in two games, which is great, but we are literally two games into the season,” Bond said. “There’s so much for us to work on.”

The Sounders have been juggling the start of the MLS season with CONCACAF Champions League duties. They defeated Club Leon 3-0 on Tuesday in the opening leg of their Champions League quarterfinal as Fredy Montero, subbing for the injured Raul Ruidiaz, scored twice.

Ruidiaz, who has scored in six straight meetings against the Galaxy, is unlikely to play this weekend because of a strained hamstring.

“When you’re in Champions League and having a run, going through that time period isn’t easy. They’re dealing with some injuries as well, but they’re always a dangerous team,” Vanney said. “It’s a team that we have to respect regardless of their record because it won’t be like that at the end of the season. We all know that.”

The Sounders have also been without playmaker Nicolas Lodeiro (adductor strain), with 16-year-old Obed Vargas starting as the team has earned two victories and a tie in five games across all competitions.

“Certainly, he belongs in the team,” Sounders coach Brian Schmetzer said of Vargas. “He has played at a level where he belongs on the field, so that’s a credit to him. There’s a lot of different reasons why that kid has performed well. We’re happy to have him now.”