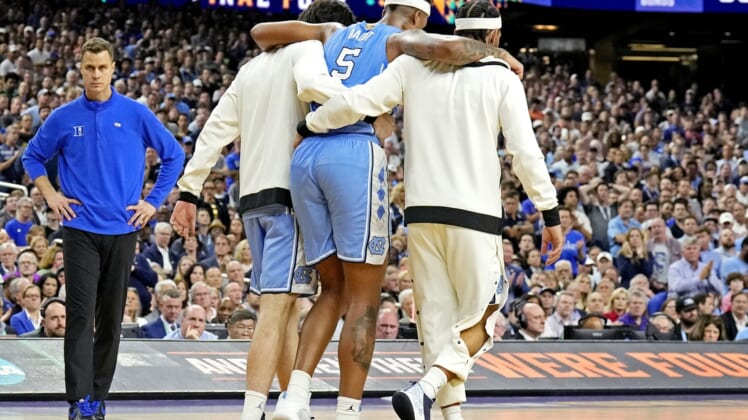 Bacot sprained his ankle and was helped off the court in the second half of Saturday night’s national semifinal against Duke but returned to help the Tar Heels finish off the 81-77 win over their archrival.

Bacot said he has been receiving treatment since the end of the Duke game.

He will be counted on to try to stop Kansas’ David McCormack, who bulldozed Villanova in the other semifinal game on Saturday, scoring 25 points on 10-of-12 shooting and adding nine rebounds in 29 minutes.

“If I don’t play, who knows what Dave McCormack may do,” Bacot said.