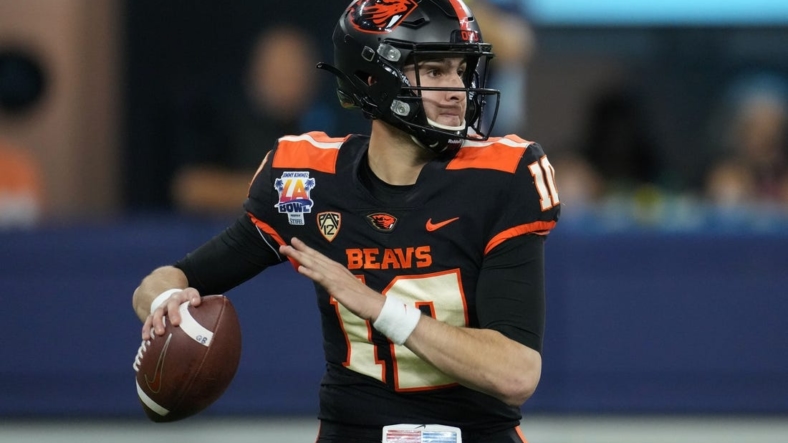 Both schools are coming off season-opening victories in which they built large first-half cushions.

The Mountain West’s Bulldogs (1-0) beat Cal Poly 35-7 at home last Thursday after going ahead 21-0 in the first quarter.

Temperatures in Fresno — which reached 114 on Tuesday — are expected to be in the 90s as the teams clash for the first time since 2003.

“I know how I felt during the game, and it was really hot down there,” said Fresno State quarterback Jake Haener, referring to the 102 degrees at kickoff against Cal Poly. “So people who haven’t experienced it, haven’t been around it, I can only imagine what it’s like coming in trying to play in it for the first time.”

The extreme heat failed to prevent Haener from completing 36 of 42 passes for 377 yards and two touchdowns as the Bulldogs posted 551 yards of total offense.

“It starts with his arm talent. He can throw it and make all the throws accurate,” Oregon State coach Jonathan Smith said of Haener. “I know the kid well. [He’s] tough, good decision-maker, won’t back down to anything.”

Defensive back Evan Williams led the Bulldogs with eight tackles against Cal Poly. Gavriel Lightfoot became the first Fresno State player to start on the interior defensive line as a true freshman since Russell Harding did in 25 years ago in 1997.

The Bulldogs lead the all-time series 8-5, including a 6-0 mark in games played in Fresno.