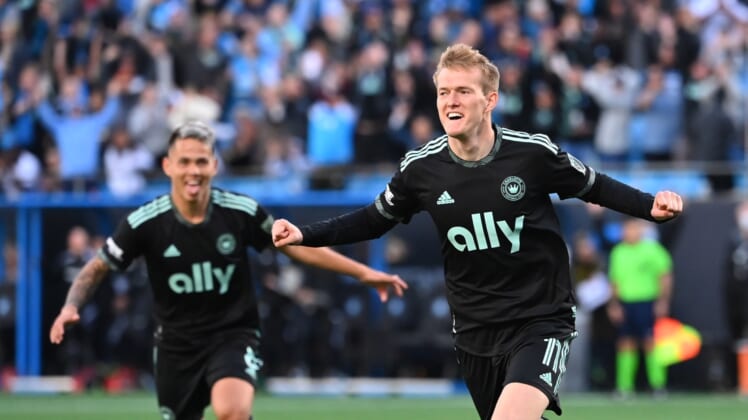 The Philadelphia Union will look to extend their season-opening unbeaten streak to five games when they play host to expansion Charlotte FC on Saturday.

“We have a good group together,” Union head coach Jim Curtin said. “We’re going to challenge each other. We know this is only four games into the season, but it’s a good start and (this) was easily the biggest win against the best team our league has.”

The Union have traditionally started slow, but this season, a sense of urgence was present early.

“We have to bank points early because it’s going to be a grind in the month of May, the volume of games, where they are, who they’re against,” Curtin said. ” … (We) need to continue to get better, though, and not get too high or too low.”

After three straight losses to open their inaugural season, Charlotte FC will now be searching for their third consecutive victory when they visit the Union.

Charlotte FC (2-3-0, 6 points) earned a 2-0 win over FC Cincinnati last Saturday as one of six teams to play during the international break.

Compiling points and winning streaks are difficult to come by in an expansion season. The Union went through plenty of growing pains in their inaugural 2010 season.

“The other day, I was looking at the stats of other expansion teams and you can see just how hard it is,” Charlotte FC head coach Miguel Ramirez said. “I don’t think people really realize how hard it is to compete in such a competitive league with so many excellent players.”

Ramirez has preached consistency since Day 1. The plan is working.

“We don’t stop, we keep playing and trying to be consistent is the target now,” Ramirez said. “To be reliable, the difference between our best and worst days needs to decrease, the gap between those needs to become less and less. This is the target for me as a coach.”