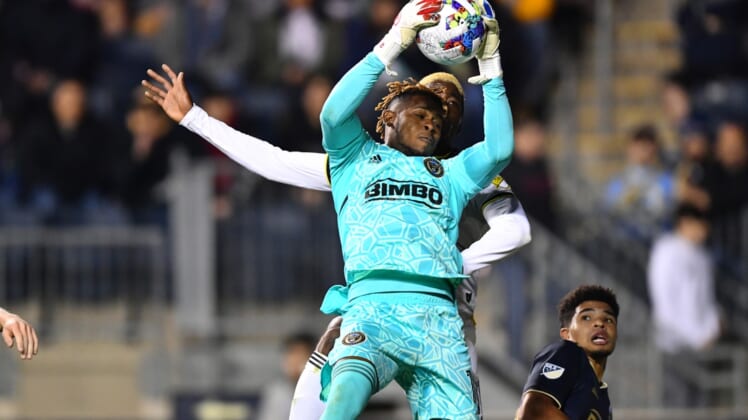 With the only unbeaten record in Major League Soccer, the Philadelphia Union will look to keep their streak going when they visit Toronto FC on Saturday.

After drawing their season opener, the Union (5-0-1, 16 points) have won a club-record five consecutive games. The latest victory was a 1-0 home win over the Columbus Crew last Saturday, as the Union were aided by an own goal from Crew goalkeeper Eloy Room.

It was the first time the Union themselves hadn’t scored this season, but the defense remained tight. Philadelphia hasn’t allowed a goal in its last 418 minutes of play, a stretch that includes four straight shutouts.

Despite this dream start, Union head coach Jim Curtin noted that his team wouldn’t rest on its laurels.

“We are in a good spot right now but like I always say, (the) second you get comfortable in this game, in soccer, in pro sports in general, you get yourself humbled pretty quick,” Curtin said. “While we’ve worked very hard to get here … we don’t want to get comfortable or complacent.”

Forward Sergio Santos (hamstring) and goalkeeper Andre Blake (shoulder) are expected to be available Saturday. Santos missed Philadelphia’s last game, while Blake ran his shoulder into the goalpost during a first-half save against Columbus but remained on the field.

“It’s just been a year where the young guys have been looked upon in terms of being able to show what they can do,” Thompson said. “All of us know that, all the young guys know that. So everyone kind of needs to carry a bit of a swagger, and that’s what the young guys are doing and need to continue to do.”