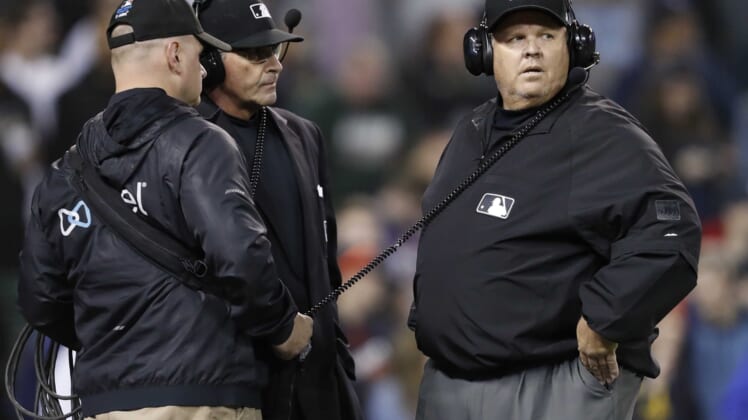 Umpires this season will use on-field microphones to announce the results of all instant-replay reviews directly to stadium crowds and television viewers.

Crew chiefs, equipped with a microphone and belt pack, will proceed to one of the baselines whenever a replay is initiated. Facing the press box, they will announce which team is making the challenge and what exactly is being challenged. When the review is finished, the umpire will announce the verdict and provide a brief explanation.