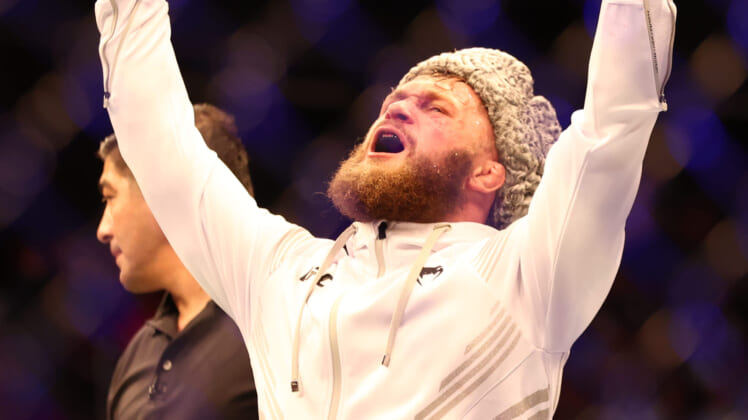 The event from inside the UFC Apex in Las Vegas, Nevada was headlined by a major matchup in the lightweight division between a pair of Rafaels. Seventh-ranked Rafael dos Anjos entered the fight looking to get closer to title contention and the chance to become a two-time division king. For tenth-ranked Fiziev, it was an opportunity to score the biggest win of his young career.

In the end, the Rafael from Azerbaijan scored a stunning fifth round knockout to earn a landmark W.

The event also saw the return of quite a few talented rising stars like Said Nurmagomedov, recent The Ultimate Fighter winner Ricky Turcios, Caio Barralho, and Saidyokub Kakhramonov. Let’s take a look at some of the biggest winners and losers from the promotion’s latest UFC Fight Night card.

Fiziev has some really nice wins on his record, but tonight was the best by far. He faced his toughest opponent yet, in a former division king, and he showed he is still dangerous in the championship rounds. He was able to stuff takedowns from a talented grappler and finish a fighter that not even Kamaru Usman and Khabib Nurmagomdevo could. Fiziev had a big night in Vegas on July 9 and is a legitimate star at lightweight.

At 37, the window was only slightly open for RDA’s chance to once again challenge for the lightweight title. Fiziev hammered that shut with a fifth round KO in his UFC Vegas 58 results. Dos Anjos still has some notable fights ahead of his if he so chooses. Especially since he did perform well and the fight was close heading into the last round. But considering the stiff competition in the division, his chances of climbing that long ladder to once again be the lightweight king seem nearly imposssible.

On Saturday Caio Borralho once again showed how much talent he has. It wasn’t perfect nor easy victory against Armen Petrosyan but it was a solid workman like effort for the 29-year-old. His unanimous decision win moved his record to 11-1 and it was his fourth straight win inside the Octagon — two came during apperances on Dana White’s Contender Series.

Like Cody Brundage, he is another prospect to watch in the middleweight division.

Chase Sherman entered his bout on Saturday as a solid underdog despite more UFC experience, and by the third round it seemed like odds makers might be right. However, that punching power that has been the calling card for “The Vanilla Gorilla” throughout his career showed up in his UFC Vegas 58 results at just the right time. His third round knockout of Jared Vanderaa was his 15th in 16 wins and may be the most important of his career.

The win ends a difficult four-fight losing streak and likely lands 32-year-old a couple more opportunities inside the Octagon.

After getting his first win in nearly three years in May with an emphatic knockout out of Alan Patrick, “The Menace” is back in the losing column. While hia fight Jamie Mullarkey was closely contested and could have went either way, he has still lost five of his last six and he has only four wins in his last 14 bouts. Johnson is the perfect example of the UFC prefering action fighters with a willingness to brawl over having the very best in the world form top to bottom.

After taking an L in his UFC debut last year, Cody Brundage is on fire inside the Octagon. Following his UFC Vegas 58 results he now has back-to-back first-round finishes in the promotion and is quickly becoming one of the more intriguing prospects in the middleweight division. Even though he claimed he would wrestle his way to victory, on Saturday he showed Tresean Gore and the rest of the division that his hands deserve as much respect as his grappling.

Karl Roberson’s run in the UFC could be at an end. He entered UFC Vegas 58 in desperate need of a win after losing his last three and all of them finishes. He changed his training home and was ready to showcase a new version of himself on Saturday. Instead, we may have seen the worst version as he was dominated on the ground by Kennedy Nzechukwu, a fighter who had never landed a takedown in his first six UFC bouts. The defeat was a fourth straight and likely his last in the Octagon.