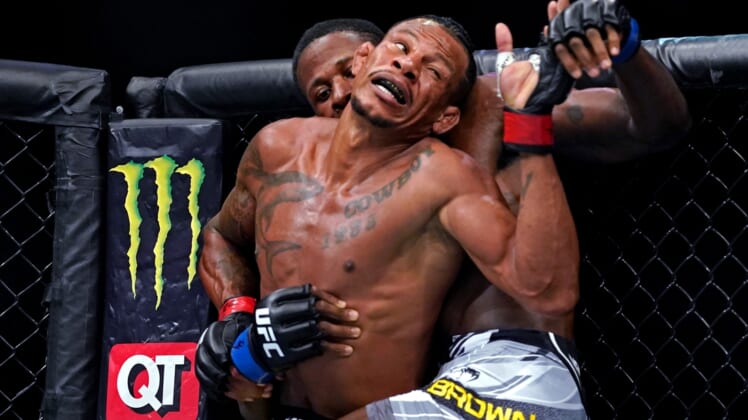 Alex Oliveira’s contract has not been renewed by UFC, according to a report by MMA Junkie on Monday.

Oliveira (22-12-1) took part in 22 fights for UFC over the last seven-plus years, posting an 11-10 record with one no contest. “Cowboy” lost his final four UFC fights to Shavkat Rakhmonov, Randy Brown, Niko Price and Kevin Holland.

His TKO loss to Holland last month in Las Vegas will apparently be his final UFC fight.

“It’s an unfortunate perspective of the sport that a fighter like Alex Oliveira, who winning or losing always lets it all hang out, ends up not being renewed after a string of losses,” Oliveira’s manager, Alex Davis, told MMA Junkie. “But that is the present moment in MMA. Alex thanks the UFC for the opportunities! At 34 and healthy, he is sure to rebuild and put on many more great fights for everyone!”

Davis added, per the report, that Oliveira plans to find a new fighting home in the near future. The Brazilian welterweight expects to fight again in 2022.