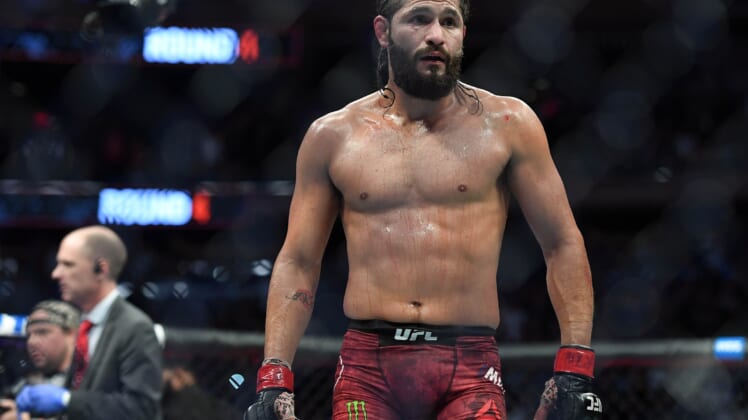 Looking for the latest UFC 4 news, reviews, and updates? You’ve come to the right place.

Every MMA fan and gamer wants EA Sports UFC 4 to be a knockout on PlayStation 4 and Xbox One.

Find out if it’s a title contender or an unranked mess with our review round-up below. The best bits have been highlighted and swipe down for a review video.

Closing comments: “Without a doubt the best MMA videogame ever made, EA Sports UFC 4 supplements a welcome array of new offline and online modes with a revamped and endlessly sophisticated combat system that everybody can enjoy. For MMA fans it doesn’t get any better than this.”

Closing comments: “EA Sports UFC 4 is the best MMA game to date. With an improved career mode, robust online options and significant updates to the core combat, fans of the franchise will be in awe at what steps into the octagon.”

Closing comments: “With upgraded grappling and submission mechanics, better training, and fewer flash knockouts, UFC 4 manages to deliver on the promise of its predecessor. Cosmetic microtransactions come across greedy, but there’s nothing lacking in the main product. Framerate hitches and a few bugs remain at launch, as does persistent voice repetition, but overall if you enjoyed UFC 3, there’s a lot to like about UFC 4.”

Closing comments: “UFC 4 is a better game than UFC 3. While some of the systems might take a little bit of getting used to, there’s a more refined experience here. One that’s a little bit more welcoming to many different types of players and that’s been done without sacrificing the level of depth and quality to the fighting that fans have come to expect from the series.”

Previews and reveals continue below.

For UFC 4 fans enjoying the latest release, there are two big gameplay issues that the developers need to fix ASAP. These are:

They’re two minor changes that will innevitably come during future updates, but right now they’re making the online game one of button-mashers versus takedowns. Literally crippling every other strategy.

During an interview with Tony Mui on Complex, Dana White talked about the UFC 4 fan controversy over Deiveson Figueiredo (21) ranking higher than Tony Ferguson (24).

White says: “Listen to all the crybabies who are crying about that. The guy’s a world champion. Controversial first fight. Zero controversies in the second fight. One of the most violent fights I have ever seen in my life, okay? Deal with it. The guy deserves it.”

Watch the clip below. Skip to the clip on the video below (9 minutes, 12 seconds).

Check out the full top-20 below.

The above video highlights:

What has us most excited is the revamped ground game. Especially when developers are saying that it has been completely rewritten:

Revamped ground game: UFC 4 creative director Brian Hayes explained that two new mini-games have replaced the previous ground game. He told Den of Geek: “The basic premise is the same. If you’re in a submission game, and you’re on defense, you have a colored wedge, and your opponent has a colored wedge. Their goal is to keep their wedge on top of yours. In the choke submission game, it’s played on a full circle. In the joint submission game, it’s played on an arc. The control for the choke is with a stick, and the controls for the arc are with triggers.”

CHECK OUT: Winners and losers from UFC Fight Night in Las Vegas.

Preorder UFC 4 on Xbox One or PlayStation 4 now.

The UFC 4 cover art is below:

Jorge Masvidal tweeted that he was honored to be one of the cover athletes on UFC 4 hours before his fight against Kamaru Usman. He lost the fight and many gamers immediately blamed the curse of EA.

The second-edition of UFC had both Ronda Rousey and Conor McGregor on the cover. Rousey, who was undefeated at the time, lost her first fight to Holly Holm. McGregor faired better, winning his first fight against Jose Aldo, but then losing the next.

McGregor was also on the cover for the third edition of the game. This time holding his two championship belts. You may ask, how bad can the EA curse be if McGregor managed to attain two belts after being on the second-edition cover?

Well, by the time the third edition was released, McGregor had already vacated one belt. A few months later, he had lost the other.

We’re not supersticious here, we just put Masvidal’s loss down to the fact he only had six days preparation for his fight against Usman.

If you hurry up and preorder you’ll get the following rewards:

Platforms: UFC 4 will be available on Xbox One and PlayStation 4 only. EA currently has no plans to launch on next-generation consoles, including Xbox Series X and PlayStation 5, which are launching this holiday season.

CHECK OUT: NBA 2k21, everything you need to know, including cover athletes, pre-order bonuses, and more.