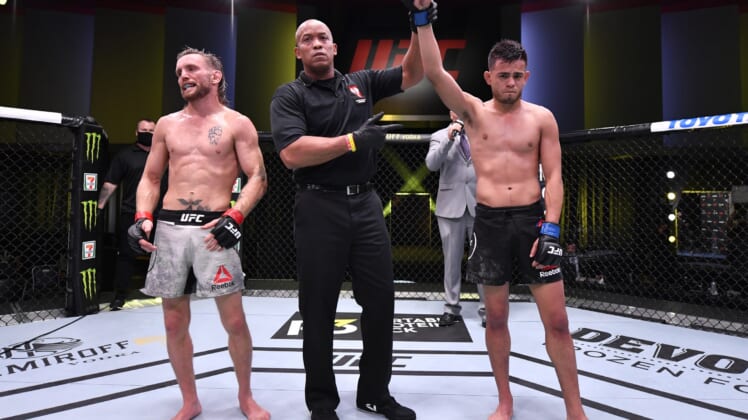 Brandon Royval entered Saturday night’s fight at UFC 253 as a major underdog against Kai Kara-France. In fact, it seemed to be the most lopsided bout of the main card at Fight Island.

Just don’t tell that to Royval, the ninth-ranked fighter in the flyweight division. “Raw Dog,” as he is known, took out Kara-France via a Round 2 guillotine choke submission. It was something to behold.

Talk about an absolutely stunning result right here. This represents Royval’s fourth consecutive victory after he took out Tim Elliott during UFC on ESPN 9 back in May. He’s now 2-0 in the UFC and clearly on an upward trajectory.

As for Kara-France, this represented only his second loss dating back more than three years. The New Zealand native was ranked seventh in the division heading into Saturday’s bout.