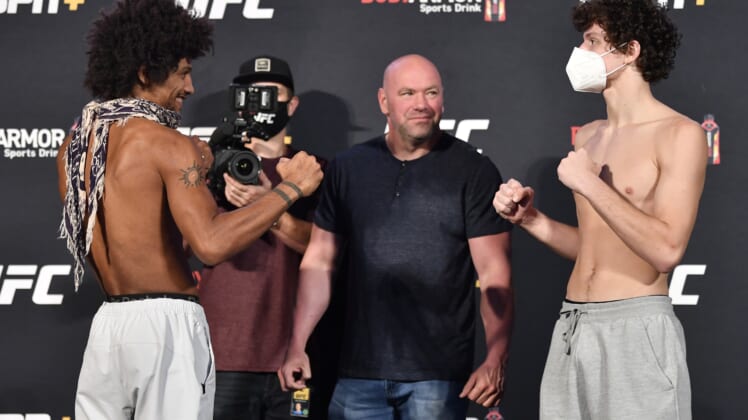 One of the final preliminaries of UFC 250 Saturday night in Las Vegas pitted Alex Caceres against Chase Hooper in the featherweight division.

The better known of the two fighters, Caceres has not appeared on center stage since he defeated Cole Miller back in June of 2016. He’s obviously looking to stand with the big boys moving forward.

If what we saw Saturday night was any indication, the 31-year-old Caceres is well on his way to doing just that. Check out this filthy right hand Caceres landed on Hooper Saturday night.

That’s about as violent as it gets right there. Bruce Leeroy, as he is known, would go on to defeat Hooper by unanimous decision. It represented a rude wake-up call for Hooper and is the first time Caceres has won three consecutive matches since 2016.