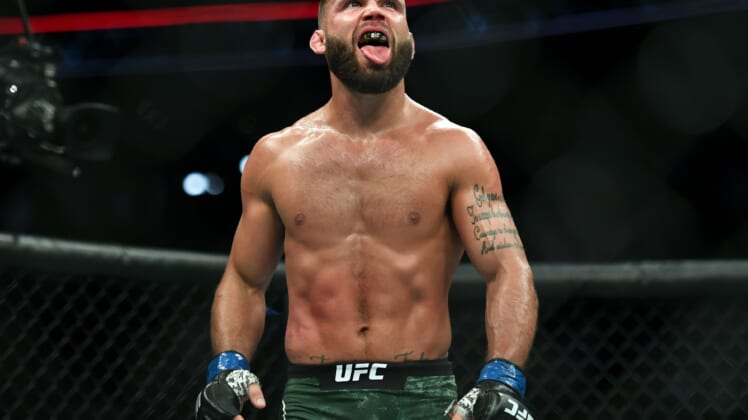 Prior to his UFC 189 fight against Dennis Bermudez in Las Vegas back in 2015, Jeremy Stephens missed his weight. The veteran fighter noted that it would be the first and last time he missed the target during pre-fight weigh-ins.

That has obviously proved not to be the case. Preparing for UFC 249 against Calvin Kattar on Saturday night, Stephens came in at 150.5 pounds. He missed his weight by 4.5 pounds. You read that right. Nearly five pounds.

This certainly is not a great look for Stephens. He’s now going to be fined an undisclosed percentage of his purse with said amount going to Kattar.

A pretty big underdog heading into Saturday night’s match, this likely isn’t going to help Stephens in the minds of naysayers. He’s pretty much fighting for his professional career.