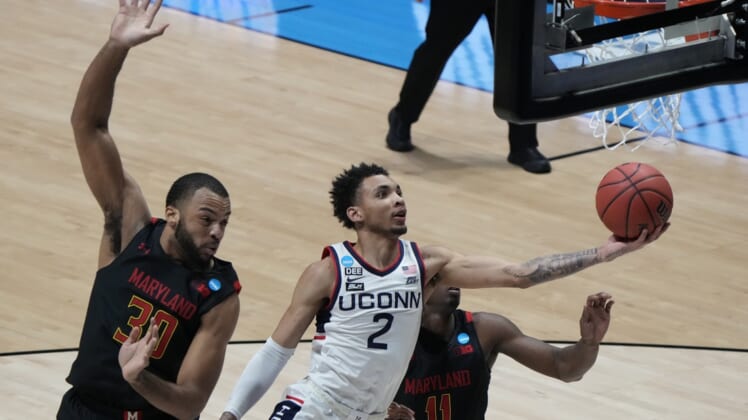 “I would like to announce my intention to forgo my final 2 years of eligibility and enter the 2021 NBA Draft,” Bouknight wrote in a lengthy post on Twitter. “Playing in the NBA has been a dream of mine since I was a kid and to be in this position is a dream come true.

“UConn has become my home away from home and I will always BLEED BLUE!!!”

Bouknight, a 6-foot-5 guard, averaged 18.7 points and 5.7 rebounds in 15 games (14 starts) this season for the Huskies. He missed eight games after undergoing surgery to address bone spurs in his left elbow.