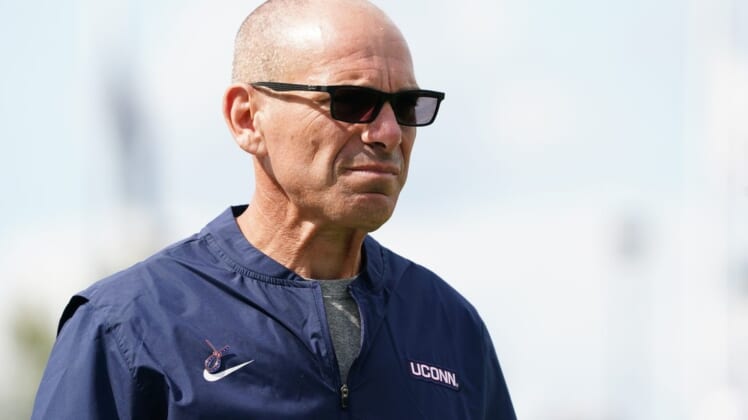 The announcement comes just nine days before the Huskies’ season opener at Utah State on Aug. 27.

The school provided no further details, and it is not clear when or if Spanos will return this season. A replacement has not been named.

Spanos, 51, has held his position since 2019. He served as interim head coach for most of last season after Randy Edsall stepped down in early September. The Huskies finished 1-11.