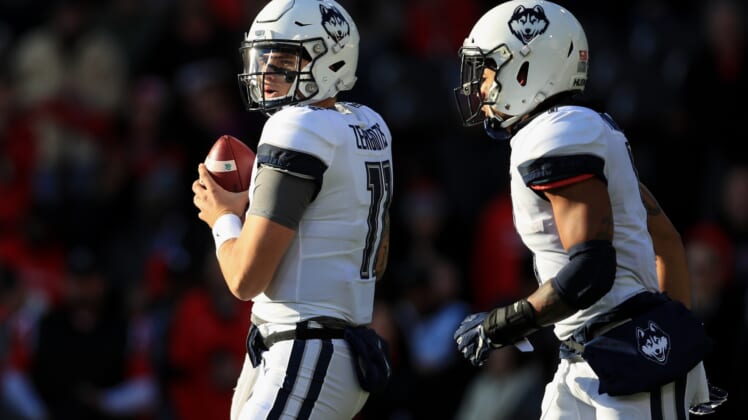 The University of Connecticut announced Wednesday it is canceling its 2020 college football season due to concerns of playing amid the COVID-19 pandemic.

UConn, an independent school in football, cited that conversations with public health officials and student-athletes led to the decision not to take the field this year.

Before Wednesday’s announcement, UConn football coach Randy Edsal told The Athletic that his team would not take the field this year if the players weren’t comfortable playing.

With more alarming stories of student-athletes dealing with severe symptoms from COVID-19, the Huskies will now take the cautious approach and not step foot on the gridiron this year.

“After receiving guidance from state and public health officials and consulting with football student-athletes, we’ve decided that we will not compete on the gridiron this season,” director of athletics David Benedict said, via statement. “The safety challenges created by COVID-19 place our football student-athletes at an unacceptable level of risk.”

College football is often the biggest source of revenue for many athletic programs, but the absence of fans in seats and playing as an independent school diminished that for Huskies.

Now, less than two months after UConn eliminated four of its sports programs due to a budgetary deficit created by the COVID-19 pandemic, it will be suspending football for the 2020-’21 academic year.

The Huskies, who went 2-10 this past season, already lost four games on their schedule due to Power 5 conferences moving to conference-only schedules this season. Instead of scrambling to find smaller games and increasing exposure to the coronavirus by traveling, the university canceled the entire season.

UConn is now the first FBS program to cancel its college football season. The Ivy League became the first prominent league to suspend all fall sports due to the pandemic.