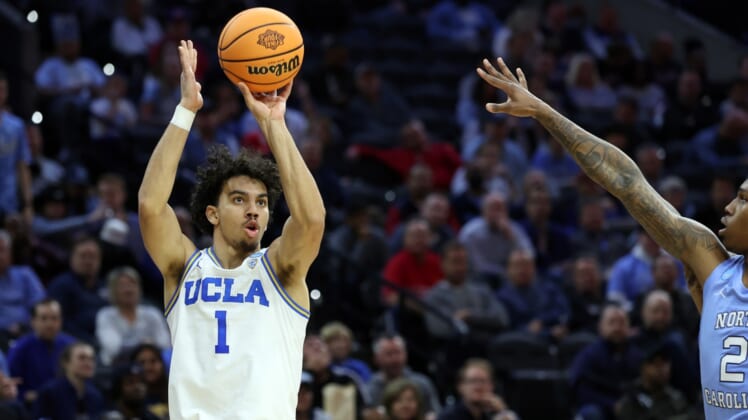 UCLA guard Jules Bernard entered the 2022 NBA Draft on Tuesday, but maintained his collegiate eligibility by declining to hire an agent.

“I’m super excited to start this process and I’m looking forward to taking steps toward achieving my dreams,” Bernard wrote in a social media post that also thanked Bruins fans for their support.

Bernard has already spent four seasons in Westwood, but during the COVID-19 pandemic all college athletes were given an extra year of eligibility, should they want it. The NCAA’s ruling made it so the 2020-21 season wouldn’t count toward a player’s eligibility clock.

Bernard averaged career-bests of 12.8 points, 1.7 assists and 1.0 steals per game along with 4.7 rebounds in 2021-22. He started 34 of 35 games and helped UCLA reach the Sweet 16, one year after cracking the starting lineup of a Bruins team that made a run to the Final Four.

Bernard’s announcement comes one day after teammate Jaime Jaquez Jr. announced his intention to return to the Bruins in 2022-23.

The only other Bruin to enter the draft pool was Peyton Watson, who came off the bench during his freshman campaign.