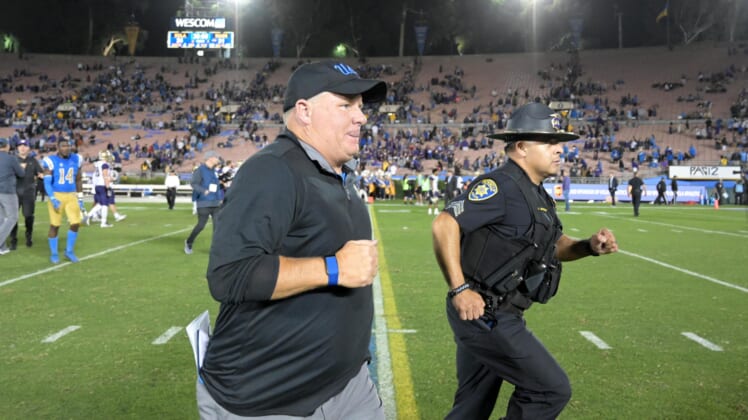 The UCLA Bruins were hoping for a rebirth of sorts under first-year head football coach Chip Kelly last season. It didn’t happen. UCLA finished under .500 for the third consecutive season at 3-9.

Out in the Midwest, the Kansas Jayhawks have been a disastrous of a football program. They have not won more than three football games since 2009. That, too, included a 3-9 mark in 2018.

Needless to say, both programs saw major attendance struggles last season. According to Amy Daughters of CFB Schedules, Kansas filled Memorial Stadium at a clip of 38.8 percent. Given that the Jayhawks home venue holds only 50,071, this is embarrassing.

Even with the well known Kelly aboard, there’s little hope of UCLA turning it around this coming season. As for Kansas, they’ll remain an afterthought nationally and even within their state.