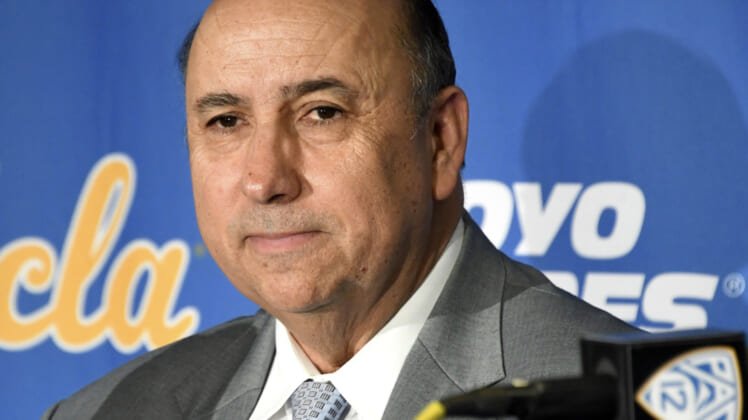 Both the UCLA Bruins and USC Trojans are at a crossroads. Each school’s football program has failed to live up to expectations in recent years.

The Bruins are going to join their Southern California counterparts in looking for a new athletic head here soon. According to various reports, current AD Dan Guerrero is set to retire next June.

Guerrero, 67, has held this post since 2002. His most-recent high-profile hire was head football coach Chip Kelly ahead of last season. Kelly and the Bruins are 0-3 this year and 3-12 since he took over.

In terms of Guerrero‘s tenure as UCLA’s AD, the football program has earned 13 bowl appearances in 17 seasons. However, they have also failed to win more than six games nine times.

The basketball program has not been much better. UCLA has made it to the Sweet 16 just three times over the past 11 seasons. It might be a good time for a change in leadership in Los Angeles.