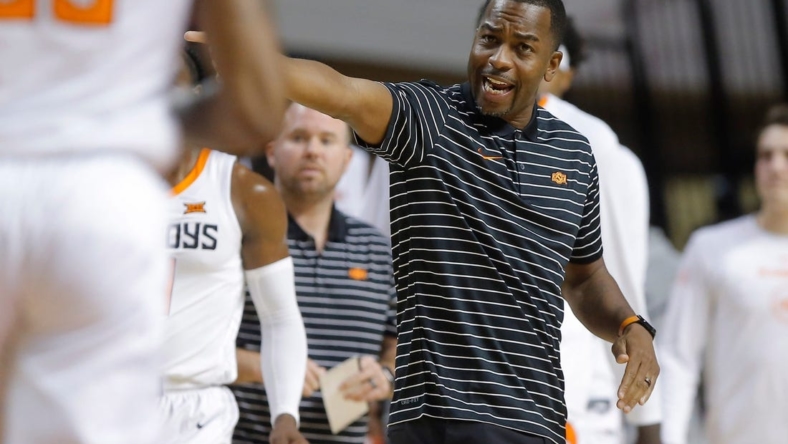 Jayhlon Young swished a pair of go-ahead free throws with 1:30 left in overtime, C.J. Kelly scored 18 points and Taylor Hendricks had a double-double of 16 points and 12 rebounds to lift Central Florida to a 60-56 win against Oklahoma State on Friday in a Baha Mar Hoops tournament semifinal in Nassau, Bahamas.

Central Florida (3-1) advanced to meet the winner of Friday’s game between DePaul and Santa Clara in the tournament championship Sunday. Oklahoma State (2-2) will face the loser in the consolation game.

Both teams had an opportunity for a winning basket in the closing seconds of regulation but were unable to convert. With the Knights leading 58-56, C.J. Walker blocked a Cisse shot out of bounds with seven seconds to go. John-Michael Wright’s attempt at a tying basket was no good with one second remaining.

The Knights started 4-for-20 from the field and didn’t reach double figures as a team until a Hendricks trey with 5:36 left in the first half.

The Knights committed 21 turnovers compared to 18 for the Cowboys.

Oklahoma State went 38.5 percent from the floor in the first half but frustrated the Knights further by blocking six shots, including four by Cisse. During one sequence, Cisse recovered from an unsuccessful lob attempt on the offensive end to track down a Knights’ run in transition and block a layup from beyond.