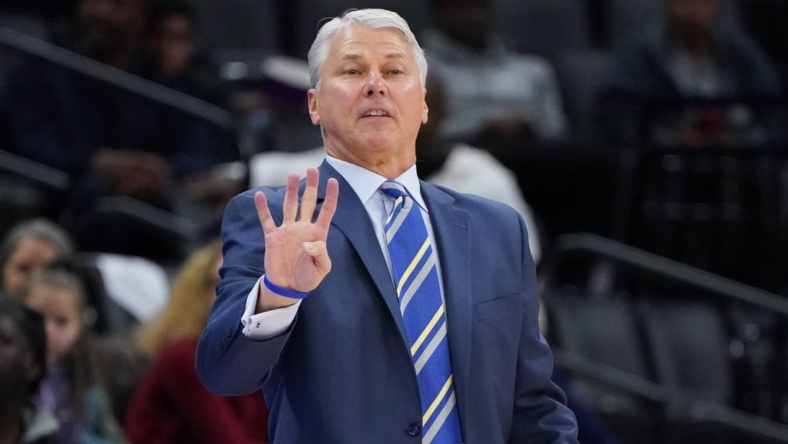 Elijah Pepper and Ty Johnson combined for all of the scoring in a late 11-0 run Monday night, rallying UC Davis to its first-ever men’s college basketball victory over Cal 75-65 in each team’s season opener in Berkeley, Calif.

Christian Anigwe had 21 points, Johnson 17 and Pepper 16 for the Aggies, who had lost the previous 33 times they faced their Northern California rival, separated by about 75 miles, in a series that dates back to 1917.

Transfer Devin Askew had 19 points to pace Cal, which was trying to start off the season on a positive note after going 12-20 last season.

Cal led 61-60 after a free throw by Sam Alajiki with 7:04 to play before going almost five minutes without scoring.

Meanwhile, Pepper dropped in a pair of layups, Johnson went for five consecutive points, and Pepper nailed a jumper in an 11-point burst that suddenly had the visitors in front 71-61 with just 2:53 to play.

Hampered by 38.1 percent shooting, Cal got no closer than six the rest of the way.

Johnson led the Aggies in rebounds with eight, while Pepper also found time for three assists and four steals.

The Aggies shot 48.2 percent and managed to equal Cal in 3-pointers with six apiece despite attempting six fewer.

Lars Thiemann had 17 points to go with a eight rebounds, two steals and two blocks for the Golden Bears. Kuany Kuany also scored in double figures with 10 points.

Askew, who shot 7-for-20, recorded a game-high four assists in his first game for Cal after having played one season apiece at Kentucky and Texas.