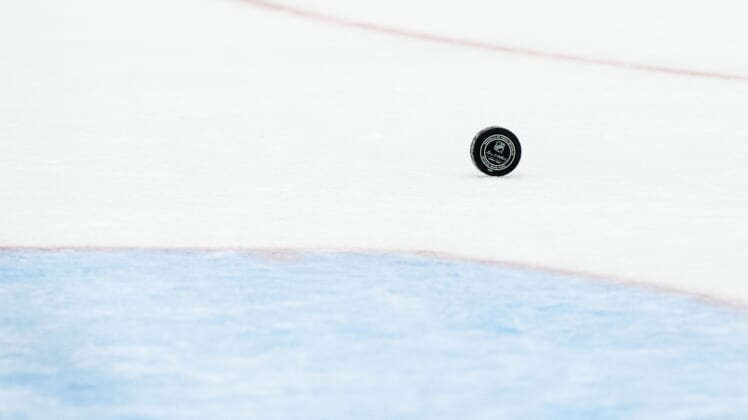 Team USA had to forfeit its game against Switzerland on Tuesday at the world junior hockey championship after two U.S. players tested positive for COVID-19.

A team quarantine was mandatory because of the positive tests, meaning the U.S. wasn’t able to play in the preliminary-round game at Red Deer, Alberta, according to the International Ice Hockey Federation. The game will go down as a 1-0 win by Switzerland.

The IIHF said Team USA’s quarantine status will be evaluated later to determine whether the team will be eligible to play in its next preliminary game, scheduled for Wednesday against Sweden.

“We’re extremely disappointed, especially for our players,” John Vanbiesbrouck, general manager of the U.S. national junior team, said in a statement. “We’re operating in an ever-changing landscape, and that’s very challenging. We’ve followed the tournament protocol from the outside and will continue to do everything we can to ensure players have the opportunity to compete at the world junior championship.”

The U.S. defeated Slovakia 3-2 on Sunday in its first preliminary game.

Team USA is the defending champion of the tournament, which is for the top under-20 hockey players in the world.