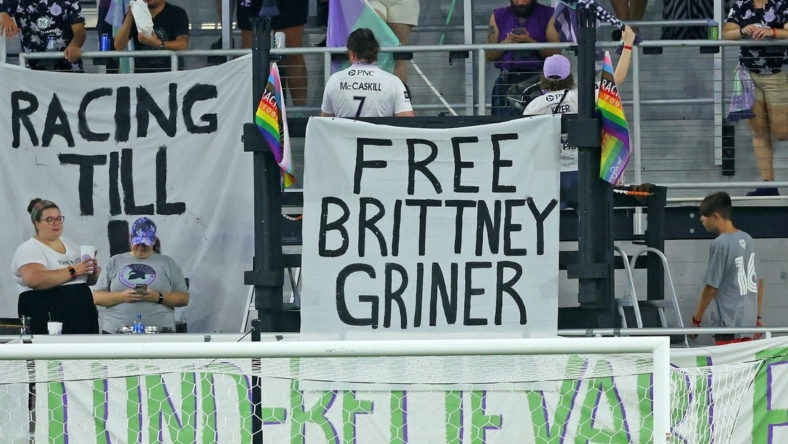 The U.S. Department of State disagreed with a statement from Russia’s deputy foreign minister claiming that there was renewed “activity” in negotiations to free Brittney Griner from a Russian penal colony and bring her home.

According to reports in Russian media, Sergei Ryabkov discussed the possibility of a prisoner swap for convicted arms dealer Viktor Bout, a Russian currently serving a 25-year prison sentence in the U.S..

“We haven’t found common ground yet, but, undoubtedly, Viktor Bout is among those being discussed and obviously we are hoping for a positive result,” Ryabkov reportedly said. “The Americans are showing certain activity and we are working on this through appropriate channels.”

A spokesperson for the State Department released a statement to multiple media outlets in response.

“We are not going to comment on the specifics of any proposals other than to say that we have made a substantial offer that the Russian Federation has consistently failed to negotiate in good faith,” the statement said. “The U.S. Government has continued to follow up on that offer and propose alternative potential ways forward with the Russian government. The Russian government’s failure to seriously negotiate on these issues in the established channel, or any other channel for that matter runs counter to its public statements.”

In July, CNN reported the Biden administration offered in June to swap Bout for Griner and another American prisoner, Paul Whelan.

On Thursday, Griner was transferred to a penal colony to serve the remainder of her nine-year sentence following her conviction on a drug charge. She pleaded guilty in July for having brought cannabis oil into Moscow.

Griner appealed her sentence, which the Russian courts upheld last month. She was taken into custody at an airport near Moscow in February when officials found vape cartridges containing cannabis. Griner said she didn’t intend to transport the drug as she hurriedly packed to return to her offseason basketball team.

The Biden administration considers both Griner and Whelan to be wrongly detained.