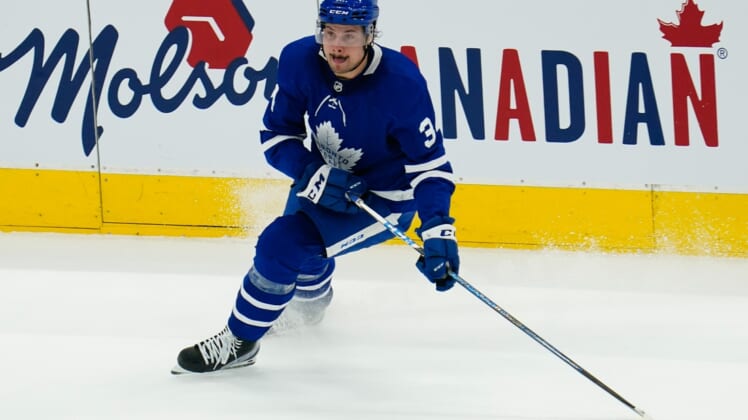 May 20, 2021; Toronto, Ontario, CAN; Toronto Maple Leafs forward Auston Matthews (34) carries the puck against the Montreal Canadiens during the first period of game one of the first round of the 2021 Stanley Cup Playoffs at Scotiabank Arena. Mandatory Credit: John E. Sokolowski-USA TODAY Sports

NHL players will be allowed to participate in Beijing after missing the 2018 Games, and the International Ice Hockey Federation asked 11 of the 12 competing nations to submit lists of three “provisional” NHL players who will be included on their national team rosters next February.

The final, complete rosters will be announced in January. The U.S. will begin in Group A with Canada, Germany and host China, which has no NHL players.