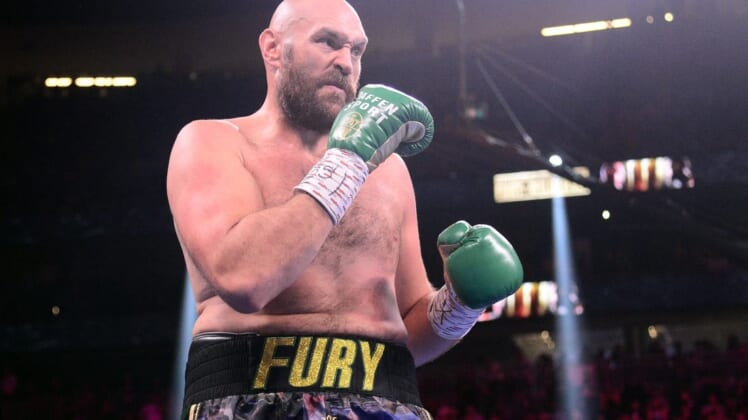 Heavyweight champion Tyson Fury said Wednesday that he will come out of retirement to fight fellow Brit Anthony Joshua for free.

Fury said he would “sign the contract today” under the following conditions:

“The fight’s got to be for free. Free-to-air television and all tickets go for free. No money is to be made out of this British historic fight if it happens,” Fury said. “There’s the terms, I’m in the driving seat, take it or effing leave it. The ball is in your court, guys. … Either way, I don’t give a damn.”

“The Gypsy King” retired after his TKO victory over Dillian Whyte in April.

Fury and Joshua were negotiating to fight last year before an arbitrator ruled Fury owed Deontay Wilder a third fight, which Fury won by TKO in October.

Joshua (24-2) is set to fight Oleksandr Usyk on Aug. 20 in Saudi Arabia in their rematch from September, a bout won by Usyk.