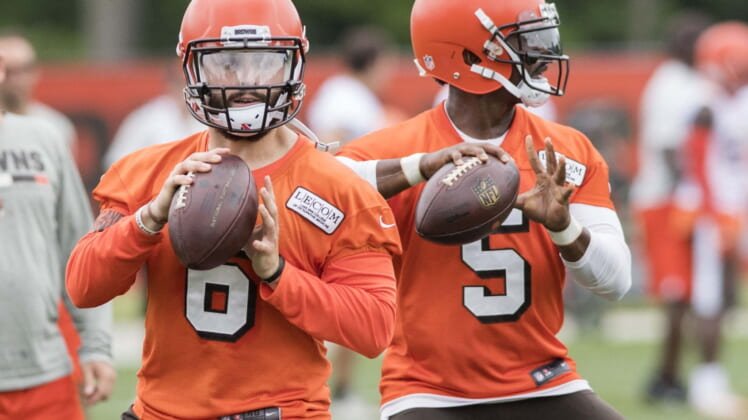 There’s a new, highly-classified secret weapon being utilized by Tyrod Taylor and Baker Mayfield in Cleveland during training camp.

An RV, which they’ve turned into a top-secret, quarterbacks-only clubhouse.

Browns quarterbacks Tyrod Taylor and Baker Mayfield have acquired an RV and parked it here on the premises for training camp so they can have a top secret clubhouse. Only QBs allowed inside for now and no name yet. They won’t tell me what goes on inside.

This is really pretty awesome, but it’s not the first unconventional thing we’ve seen in Cleveland this offseason.

The big takeaway here besides the obvious (a secret clubhouse is ultra cool) is that Taylor and Mayfield seem to be getting on like best buds. That’s significant because, given the nature of their relationship on the roster — Taylor being the starter and Mayfield trying to take his job from him — it could have certainly gone the other way.

That being said, one does wonder exactly what kinds of shenanigans these two have going on inside the super-secret quarterback room.

Maybe the folks from HBO’s “Hard Knocks” will shed some insight into this later on this summer. One can dream, right?