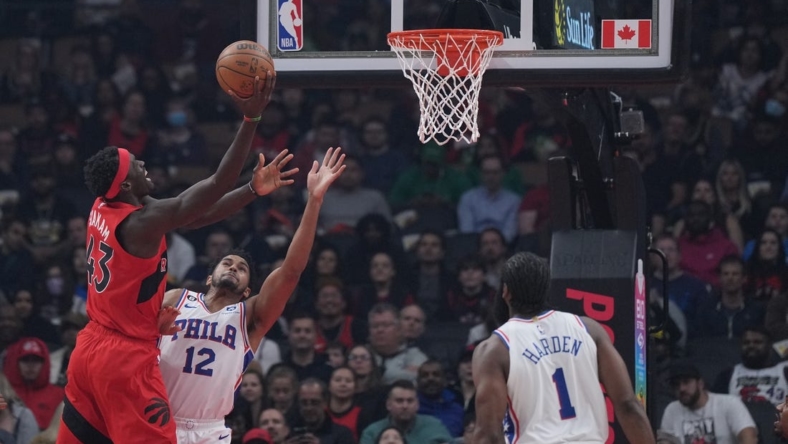 The 76ers gained a split of the two-game set with the Raptors at Toronto despite being without Joel Embiid (right knee recovery on Friday) as Maxey made nine 3-pointers. He was 15-for-20 overall from the field.

Tobias Harris and De’Anthony Melton each scored 13 points for the 76ers, who won for the second time in six games this season. James Harden added 11 points.

Pascal Siakam had 26 points and 10 rebounds for the Raptors, who have split their first six games this season and lost for the first time at home.

Philadelphia led by 11 entering the fourth quarter and quickly increased the margin to 16. Chris Boucher’s layup cut the lead to 10 with 6:12 to play. Maxey scored 10 straight points capped by two free throws with 4:20 to play in the fourth, to increase the lead to 20 points.

The lead reached 21 when Harris hit a 3-pointer with 3:14 remaining.

Maxey had 27 points on 10-for-10 shooting, including seven 3-pointers, in the first half. Siakam had 18 first-half points for Toronto.