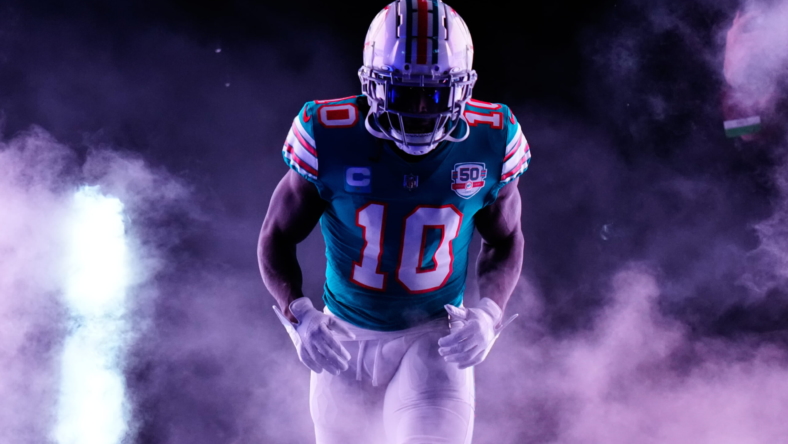 Tyreek Hill’s insane start to his tenure with the Miami Dolphins has made the organization’s decision-makers look like geniuses, at least in year one.

The Dolphins were not bold in pursuing a trade for Hill when he became available in the offseason. The man was a Pro Bowler every season of his career and already a three-time All-Pro. It wasn’t outlandish to consider the 28-year-old to be the best wide receiver on the planet.

However, giving up five draft picks — including a first and second-rounder in April’s draft — was a massive payout for a player that wasn’t a quarterback. Yet, the team doubled down on that risk with a historic four-year, $120 million investment that made him the highest-paid player at his position.

Related: NFL standings – Who are the first-place teams after Week 9?

There was already a natural concern that Hill would not be the same player by going from a perennial MVP candidate in Patrick Mahomes throwing him passes to a less talented quarterback in Tua Tagovailoa. However, after nine games, Hill has been every single thing the Dolphins could have hoped for and has actually turned Tagovailoa into a legitimate franchise QB.

Every team hopes a player can put up Pro Bowl numbers when they hand them a massive contract. But, a little more than halfway through the 2022 NFL season and the former Kansas City Chiefs star has blown past even the best-case scenario the Dolphins front office had in mind.

After a 188 receiving-yard performance in Week 9, Hill has moved his season total to 1,104 yards. That is 40 yards more than what Issac Bruce did almost 30 years ago when he set the league’s previous nine-game mark. 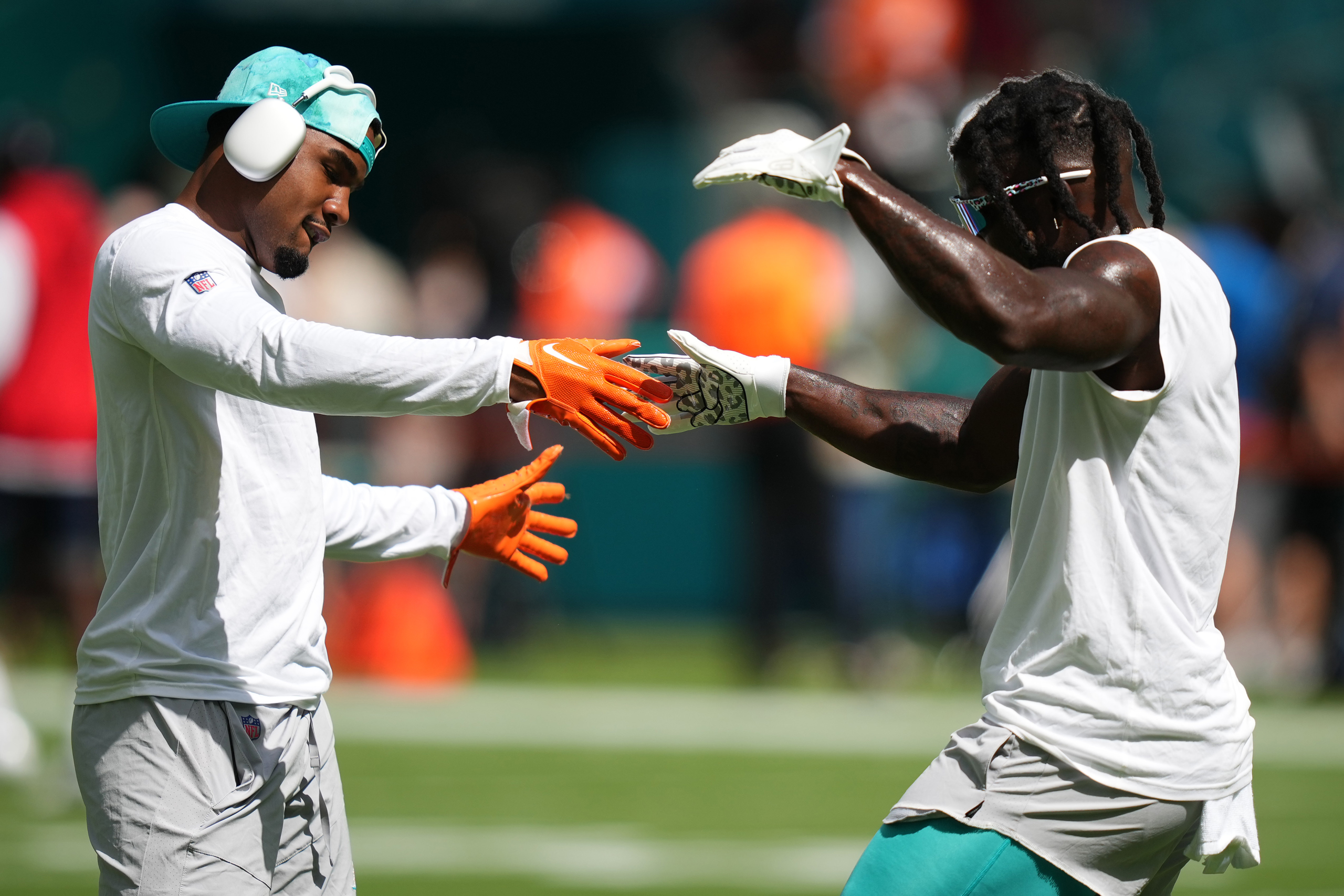 At the current rate, he is on pace to end the season with 2,085 yards, which is 120 more than what Detroit Lions icon Calvin Johnson racked up a decade ago. What is key about that — assuming he does reach 2,085 — is that his excess yards over Johnson would be similar to what the Hall-of-Famer averaged in his record-setting season.

This means there isn’t much of a case for those who would try to knock Hill’s feet because he will play one more game than Johnson did in 2012.

Who knows what Tyreek Hill will do during the rest of his four-year deal in Miami, but at least for one season, he has been worth more than his $30 million average cost for this season.