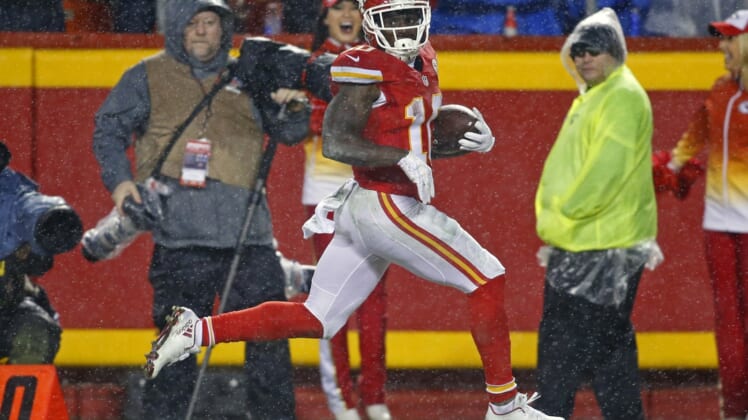 Tyreek Hill and his agent, Drew Rosenhaus, want the fan who threw beer at him during Sunday’s game at Gillette Stadium to be prosecuted.

ESPN’s Adam Schefter passed along the following message on Monday, per Rosenhaus: “That type of behavior is unacceptable. Players have to be protected. We want that fan to be prosecuted.”

The New England Patriots have identified the man who threw the beer at Hill. In a statement released on Monday morning, they said they turned the matter over to local law enforcement and have banned the fan from future events at Gillette Stadium.

Hill had previously said that the incident didn’t bother him. Whether it did or not, he’s taking the proper course of action. Fans must respect the players on the field, and we’ve seen plenty of instances where one fan’s action sparked a flood of bad will.