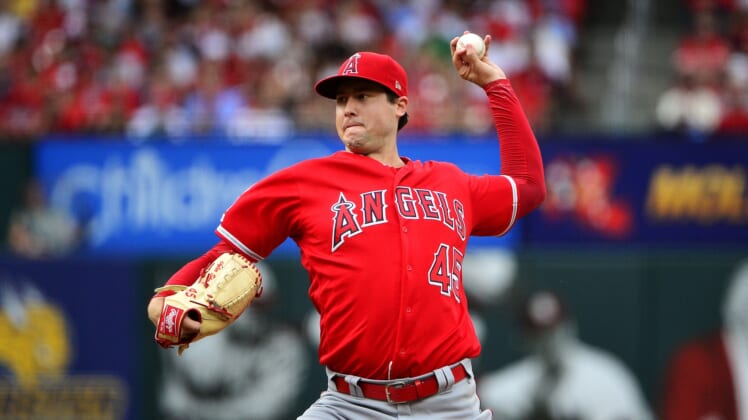 A fan has found a way for himself and his fellow fans to pay tribute to Tyler Skaggs after the sudden and tragic death of the Los Angeles Angels pitcher.

The painting pays tribute to Skaggs and also the classic movie, “Field of Dreams,” with the pitcher walking into the Corn Field. Fans of both the A’s and Halos will sign it before presenting it to the Angels organization.

We’ve seen tributes from around the baseball world in the aftermath of his passing. Most of those have come from his team or other players.

As far as what a fan can do, this is really hard to top.