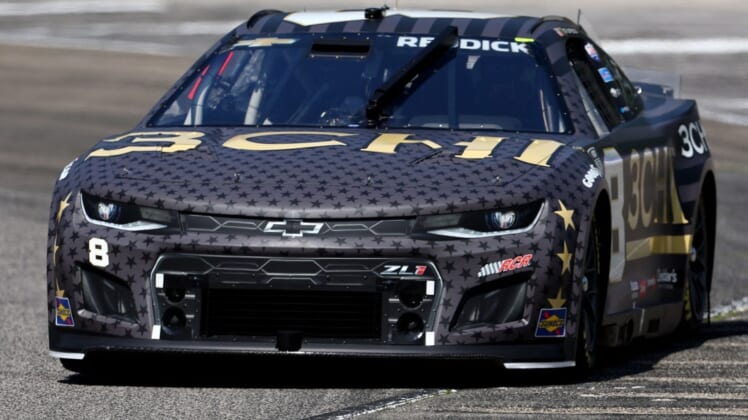 It was Reddick’s 92nd career start on the Cup series. The 26-year-old was a runner-up five times.

He became NASCAR’s fifth first-time winner this season, which is at the halfway mark.

Elliott, the race’s defending champion, was a factor throughout the race around the 4.048-mile circuit that involves 14 turns.

On the crucial final pit sequence, Elliott got off pit road in front of Reddick. But Reddick went in front on the 47th lap.

Reddick extended his margin several times, but Elliott regrouped to apply pressure. Reddick, who began in fourth place, ended up with a winning margin of more than three seconds.

During a stretch with slightly more than a dozen laps to go, the lead changed several times. Denny Hamlin pitted from the lead. By that point, there had been six different race leaders.

Elliott was on the pole after winning last weekend at Nashville. He’s also strong on road courses, notching his first career Cup Series win at Watkins Glen and capturing seven of the last 16 races on road courses in the Cup Series.

Kyle Busch, who was third a year ago on this course, was 29th.

Chase Briscoe and Ryan Blaney were stage winners. Blaney ended up with those extra points based on a decision not to take a pit stop.

Bubba Wallace had difficulty gaining on the field. He spun out on the first turn shortly after the race’s midway point, but drove out of the sand. He later appeared to run out of fuel as he plummeted to third-to-last.

This was the second year in a row this track served as a Cup Series venue and the third time ever.