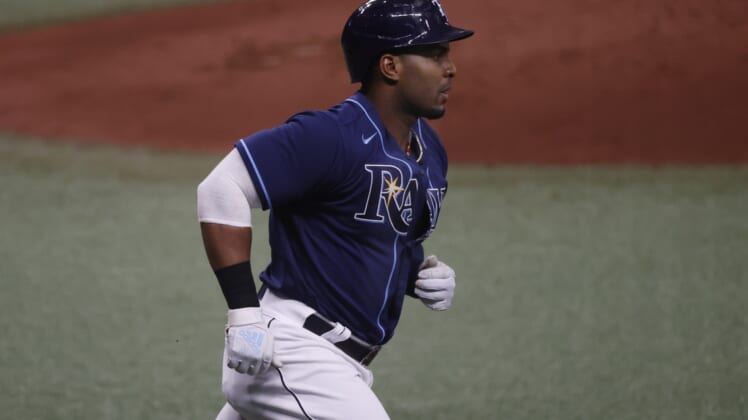 In another dominant outing, Glasnow (3-1) allowed five hits and two walks over 97 pitches. He reached double digits in strikeouts for the third time in six starts this season.

Zunino went 2-for-3 and clubbed his long solo shot in the fifth, and Manuel Margot and Yandy Diaz each had two hits for Tampa Bay, which won its second straight game in the four-game series.

Each side notched three hits and put runners in scoring position in the first three innings on doubles by Oakland’s Tony Kemp and Tampa Bay’s Margot and Brett Phillips, but the starters kept the batters at bay.

Glasnow fanned five batters through the opening three frames and got a double play after a leadoff walk to Mark Canha to open the third.

Irvin was able to keep the Rays off the board following a one-double by Phillips in the third by getting Randy Arozarena on a hard groundout and Margot on a liner to left.

The Rays finally broke through in the fifth with two outs and no one on when Zunino jumped on Irvin’s high 2-2 sinker to center that sailed way above the fence.

The monstrous drive struck one of the walkway rings surrounding the dome and caromed back into medium center for a solo homer.

The shot — Statcast estimated it at 466 feet — was the catcher’s team-leading fifth long ball after totaling four in 2020.

Phillips walked and eventually came around to score on Margot’s RBI single to right for a 2-0 lead.

Mitch Moreland (double) and Matt Chapman (single) got to Glasnow for two-out, bases-empty hits in the sixth, but Seth Brown grounded out softly into the shift to end Oakland’s best threat.

Diego Castillo relieved Jeffrey Springs with one out in the ninth after Chapman’s second single. Pinch hitter Sean Murphy then singled, but Castillo struck out Kemp and got Vimael Machin to ground out to first for his sixth save.

The A’s lost for just the third time in their last 17 games.